There is a wicked irony that as the United States marks the 50th anniversary of the Civil Rights Movement, the country’s highest court is edging closer to gutting one of the movement’s greatest victories.

As Americans everywhere celebrate the marches, martyrs, and nonviolent courage of Civil Rights activists in Selma, Birmingham, Atlanta and elsewhere, the Supreme Court seems poised to rollback the Voting Rights Act of 1965, or at least, eviscerate key provisions that make it functional legislation.

The very thing for which men and women braved snapping dogs, fire hoses, lynch mobs and murder might not exist by the time this country finishes its yearlong national commemoration of the Civil Rights Movement.

It is a racist country that can whitewash its civil rights heroes with celebrations while, at the same time, uprooting one of its most important legacies.

Much attention has been given to Justice Antonin Scalia’s incendiary comment framing the Voting Rights Act as legislation that perpetuates “racial entitlement.” His comment drew gasps from those listening in and even a response by Justice Sonia Sotomayor from the bench. Her insight bears repeating: Voting is not a racial entitlement.

Further, overturning or gutting the Voting Rights Act would actually create systemic entitlement — one that preferences and privileges whites and the wealthy, putting the country on a regressive path to the way things were 50 years ago.

But Scalia’s comment is a distraction. Putting his overt racism on display obfuscates the deeply problematic framing of the issue by Chief Justice John Roberts. Scalia is easily dismissed, and it allows Americans to reject an extreme example of racism and embrace a softer, but still menacing, racist stance toward this issue.

More troubling, though, it appears the country’s highest judge doesn’t understand racism or the purpose of the Voting Rights Act.

Either that, or he understands it perfectly, and that’s why he wants it gone. It wouldn’t be surprising if this was the case, given his history with racism and voting-rights legislation.

Roberts essentially argued that states not subjected to the Voting Rights Act had far worse African-American voter turnout in elections, citing the difference between Mississippi and Massachusetts, noting pointedly that Black turnout exceeds white turnout in the former.

What Roberts fails to see is that this better represents a vindication of the Voting Rights Act, not proof that it is obsolete. Only in a racist country can the success of civil rights legislation be used to argue for it is pointlessness.

And, thus, Roberts fundamentally seems to misunderstand racism and the purpose of the Civil Rights Act.

And today’s conservative activism related to voting is racist, or at least coded racially. Voter identification laws are implicitly racist, disproportionately affect people of color. Moreover, these laws are  racist red herrings, chasing after a fabricated problem of voter fraud in order to restrict the voting of African Americans, Latinos and others. In addition, some states have sought to restrict voting opportunities rather than expand them and these politically motivated restrictions tend to target Blacks and Latinos.

The systemic racism that the Voting Rights Act sought to address and prevent doesn’t simply continue to exist today. It is being reinvented and re-imagined under the guise of preventing voter fraud.

But, in one case, Roberts is correct. These disenfranchising laws and restrictions are no longer confined primarily to the Deep South. Rather, they are widespread and pop up all over the nation.

This is more troubling and should reinforce the need not to weaken or reduce the Voting Rights Act, but to strengthen and expand it.

But Roberts’ comments, framed in terms of individualism and racism, seem reasonable. As a result, they are more dangerous. Scalia’s inflammatory rhetoric makes Roberts’ comments seem benign and moderate, when nothing could be further from the truth.

Scalia’s comments represent the scabs of overt racism, easily scraped off and discarded as disgusting and worthless. Roberts’ comments represent a cancer that grows quietly and infects the body of our nation with racism that seems all-too-reasonable.

Because, suddenly, we have returned to a more hateful era, veiled this time by false notions fabricated by white privilege of colorblindness and reverse racism. Suddenly we have returned to an era where racism by the state can be constitutional. Suddenly, it seems, we are no longer observing the deliberations of the Supreme Court, but those of a court for supremacy.

Suddenly, we are back in an era where the only answer might just be to march again.

________
Thanks for reading. If you enjoyed this post, take a moment to subscribe via e-mail and receive posts directly to your inbox.

March 7, 2013 God is the Prodigal Son: Reinventing Christianity's Most Beloved Parable (Lectionary Reflection)
Recent Comments
43 Comments | Leave a Comment
Browse Our Archives
get the latest from
Progressive Christian
Sign up for our newsletter
POPULAR AT PATHEOS Progressive Christian
1

There will be no highlights on...
slacktivist
Related posts from Edges of Faith 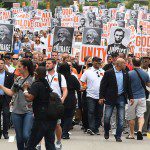 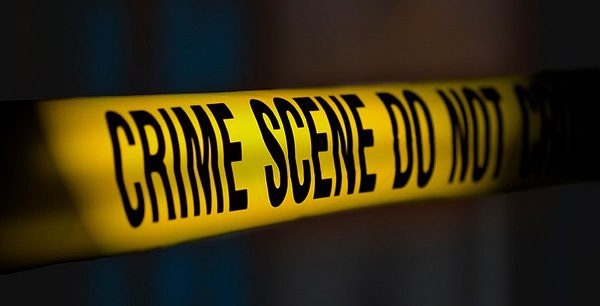