If All Lives Really Matter: The False Racial Unity of Glenn Beck’s Massive March on Birmingham

Contrary to what conservative pundits would have you believe, Black Lives Matter is not a call to division.

It’s actually a call for unity.

Because the truth is, we aren’t united and haven’t been.

Not since Emmett Till.

Not since Jim Crow.

Not since the Drug War.

Not since Rodney King.

Not since Oscar Grant.

And unity can’t be achieved by papering over the chasms of racial injustice with trite and whitewashing refrains of All Lives Matter. Rather real divisiveness has to be confronted without regard to respectability and addressed without apology.

That’s why Black Lives Matter isn’t a call to divisiveness. It’s a demand to pay attention and put an end to a generations-old division that already exists.

Now I’m not the kind of divisiveness that simply makes us feel divided. It has nothing to do with that uncomfortable or squirmy feeling that makes some folks wonder why we can’t all just be nice and all get along. No, the kind of divisiveness Black Lives Matters seeks to confront and overcome is the kind that kills, oppresses, and brutalizes based on the color of their skin. 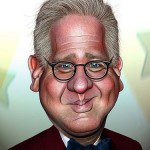 All Lives Matter might sound really reassuring, particularly to some white folks. It has the seductive ring of truth, because, of course, all lives matter. Last week conservative pundit Glenn Beck capitalized on that by leading a demonstration, nicknamed the All Lives Matter march, through the streets of Birmingham, Ala. Signs saying “All Lives Matter” and “God is the Answer” peppered the streets as 20,000-plus people marched.

God might well be the answer, but I don’t think God’s answer is All Lives Matter. In Jesus, God firmly sided with the oppressed, the crucified, and the marginalized.  When God heard the cry of the oppressed in Egypt, God didn’t say to Moses, “Well, Egyptian lives matter, too, you know.” No, God went to work liberating the Israelites instead. So, for white folks like me, that means if I’m to follow God I’m going to say Black Lives Matter, not All Lives Matter, and I’m going to support people of color fight for liberation.

Regardless, the march, cast in a distinctly Christian frame, has thrust All Lives Matter into the limelight. It is thought to be the largest public demonstration since the Civil Rights Movement and was even claimed to be in the same spirit as Martin Luther King, Jr., and others from that era.

In this modern context, however, All Lives Matter is a call for unity without justice.

And unity without justice is a fancy way of saying All Lives Matter is a call to continue the status quo injustice and ongoing oppression. It’s just deceptively dressed up as freedom, equality, and peace.

I think it’s time to call the bluff of the All Lives Matter crowd.

Because if all lives really mattered, food stamps and other government assistance wouldn’t be under constant assault.

If all lives really mattered, universal health care would be a right not a political fight.

If all lives really mattered, migrant children from Central America would be treated like the refugees they are instead of like criminals.

If all lives really mattered, being homeless wouldn’t be a crime.

If all lives mattered, drones wouldn’t kill children and wedding parties and call them terrorists.

If all lives mattered, schools would all be funded well, not just the predominantly rich ones and overwhelmingly white ones.

If all lives mattered, the United States wouldn’t be adding election rights for corporations through Citizens United and subtracting them for people of color by gutting the Voting Rights Act.

If all lives mattered, the United States wouldn’t incarcerate vastly more people than any other developed country, its prison system wouldn’t target and disproportionately incarcerate and execute people of color, and its police forces wouldn’t be seven times more likely to kill black people.

If all lives really mattered, no one would ever have to say Black Lives Matter.  But they don’t, so we must.

They are the ones who say All Lives Matter but act is if only theirs do.

No, if they really thought all lives mattered, they would be saying Black Lives Matters.

And they’d be saying it loudly.

August 27, 2015
Questioning Prayer: Why Should I Keep Praying After Yet Another Shooting?
Next Post

What if life wasn't just a...
slacktivist
Related posts from Edges of Faith