Why Sarah Palin is Right About Baptism by Waterboarding — #AmericanBaptism

Sarah Palin is right about baptism and waterboarding.

In a speech now heard round the Christian world, Sarah Palin said at an NRA rally that “waterboarding is how we’d baptize terrorists” if she were president.

Christians were up in arms about the apparent blasphemy of the statement, shocked that she would sacrilegiously connect waterboarding with the Christian sacrament of baptism. It taps into a long, shameful legacy of Christianity that forced baptism on people of other faiths under threat of violence, and it contorts the Christian faith with nationalism in ways that make my own stomach churn.

But as Christians we seemed less outraged that Palin would consider waterboarding a viable method of interrogation rather than as a method of torture, as fellow priest the Rev. Daniel Brereton pointed out.

In fact, we seemed more upset about the imagined abuse of a religious ritual than the actual abuse of a human.

But, in truth, Palin is right.

Waterboarding — along with other torture and human rights abuses like drone warfare and indefinite detention — was how the United States baptized the world into its new creation — the war on terror.

It was simply an American baptism instead of a Christian one.

We baptized “combatants” with waterboarding.

They became new creations that raised to life through outrage and injustice new enemies and violence.

We baptized the innocent with indefinite and dehumanizing detention without trial or recourse.

And we raised to life new creations of our own making, creating enemies in our own image.

We baptized the innocent in the indiscriminate and remote violence of drone warfare.

And we raised to life new creations, marked by unjust violence.

We baptized prisoners at Abu Ghraib with brutality, humiliation, and torture.

And we were surprised when we raised to life new hatred, horror and disgust.

We baptized the world into this new creation of unending and indefinite war, where our military violence has near-unfettered permission to strike with missiles and drones.

And it is a new creation that lives on.

We baptized ourselves, too.

And we died to the old self — the one that at least appeared to value due process, international justice, and respect for human dignity. And in the process, we became new creations that valued security at all costs, even our own humanity.

We were all baptized in the waters of torture, and we were complicit in the human rights abuses of our nation through our silence or apathetic statements of protest.

Even though our current president Barack Obama banned waterboarding and other torture practices in 2009, we are still marked by them. And, we are still waging dubious war through dubious methods of drone warfare.

We are still baptizing the world with American violence. 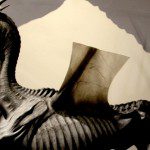 April 19, 2014
Holy Saturday and Harry Potter: On Tombs, Thestrals, and the Descent into Hells
Next Post

April 30, 2014 The Hope in Our Wounds: A Homily for Easter 2A
Recent Comments
69 Comments | Leave a Comment
Browse Our Archives
Related posts from Edges of Faith

Manual Labor As A Spiritual Practice
There is spiritual value to manual labor. Back-breaking work, on the other...
view all Progressive Christian blogs
What Are Your Thoughts?leave a comment
Copyright 2008-2021, Patheos. All rights reserved.
Close Ad