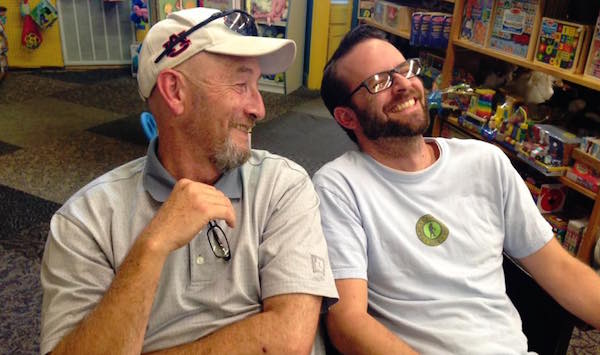 It doesn’t have to be real to have a real effect. Even if it’s fake, laughter still helps lift our spirits, relieves our burdens, and joins folks together.

Even if it’s completely fake and forced, it still somehow winds up being real anyway.

Several years ago, as a journalist, I attended a laughter yoga class for a story. It sounds exactly how you’d expect. It’s a bunch of people laughing for no good reason. It was awkward and weird. And the laughter was definitely fake. But research shows that even fake laughter improves our mood and general sense of well-being. And it turned out to be true. It didn’t matter if the laughter wasn’t authentic. It still made everyone feel better. Eventually, with everybody faking it together, feeling absurd, stupid, and wondering what the point was, we all somehow stumbled into deep, uncontrollable belly laughs. We might have even touched the edges of joy.

The imagined had become reality.

It reminded me a little of church and faith in that at times it is an act of imagination that keeps us having faith when we might feel it slipping away, an act of make-believe that keeps us faithful. Like laughter, faith doesn’t have to be absolutely genuine to be absolutely real and critical to the soul. It reminded me, too, of God. It made me think about how sometimes it all just doesn’t make sense, but that, somehow, we just keep laughing until we actually start laughing, we keep believing until we actually start believing.

For much of my life after college, I was fairly agnostic. I spent more time doubting and questioning than believing. Even during the ordination process, I had a healthy sense of skepticism and more than a few discordant feelings about faith. Part of that is the spiritual maturation process, of course, but it’s easy to become mired in it and I’ve seen more than a few folks fetishize doubt, disbelief, and skepticism and defend it the way others might defend orthodox belief.

But lately, I’ve unexpectedly, through no great spiritual triumph, discipline, or realization of my own, found faith returning, nesting in my soul like a new mother readying to give birth. I just kind of suddenly realized that, much to my surprise, I believed again. It’s not that I have all the answers. It’s not that doubt is gone. It’s not that the questions and puzzles of life have been solved. It’s just that in spite of all that I am a loved and that being loved is enough, even when I might not really believe I’m all that lovable. It’s not the most profound statement. There’s no great systematic theology, no clever theological turn, no fancy philosophy. It’s pretty much the most basic theological principle, the one proclaimed from our beginnings of faith, at our baptisms. I am loved. That, essentially, is what it means when we say, I am baptized.

And, thank God, none of that is really up to me, being loved and even having faith.

There’s some deep rivers of thinking that argue we’re supposed to live as if we really believe in God, that we’re supposed to fake it until we make it, or that if we wear a mask long enough our faces eventually being to look a lot like that mask. It’s the spirituality of the imposter syndrome, that blessed plague of self-awareness and honest mirrors.

We’re all imposters, constructs somewhere between flesh-and-blood and how we exist in the minds of others. We are all very real, made of bone, mineral, and carbon, and all very fake, existing on the plane of everyone else’s consciousness, their perception and narrative of who we are. We are real and imagined, mortal and ethereal, organic structure and unfolding story.

We are not one self, existing only in time and dirt, but many selves existing in the minds and stories about our lives others are telling, have told, and will tell.

I cannot control most of my selves as their stories unfold in others’ consciousness with limited information filled in with much fiction, some of it overly generous, some of it miserly with my being.

But I can laugh — that thing, like God, that is real, or becomes real, even when it is fake.

Because, real or fake, it’s all holy and divinely absurd — the laughter, God, life.

And full of a certain kind of deep joy.

None of it makes a bit of sense sometimes. But somehow if we do this life of faith together it makes the absurdity if not more understandable then at least more meaningful, though most of the time we’re probably too busy to notice; we’re like apes without sentience swinging through life on hours like vines.

And, I don’t know, maybe as the wind brushes by the maple leaves like a stranger, maybe in the taste of snow yet to fall, maybe in the damp smell of waterfall, maybe we can hear a faint echo of the laughter of God that created the world and its absurdity.

And we can wonder if that laughter is real or fake or a prank or just like we imagined God to be.

April 27, 2016
'Influence Without Responsibility': An Interview with Morgan Guyton about Toxic Christianity
Next Post

May 6, 2016 The Worst Prison Escape in History (A Homily for Easter 7C)
Recent Comments
0 | Leave a Comment
Browse Our Archives
Related posts from Edges of Faith

Progressive Christian
The Sacrament of Housework: When the Risen Lord...
Edges of Faith 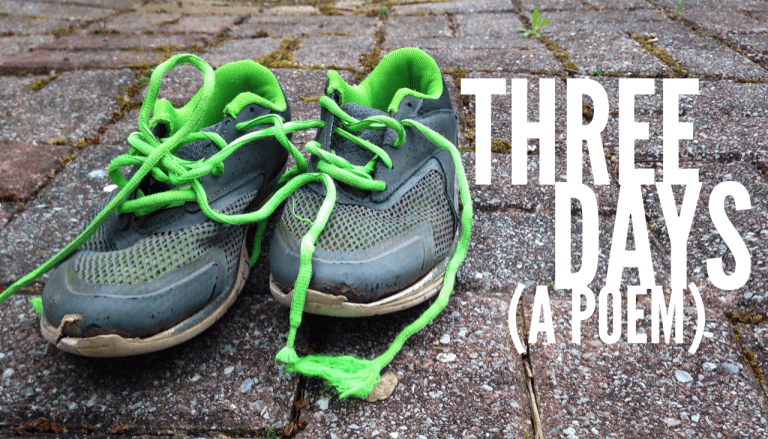 Progressive Christian
The Three Days: A Poem for Holy Week
Edges of Faith 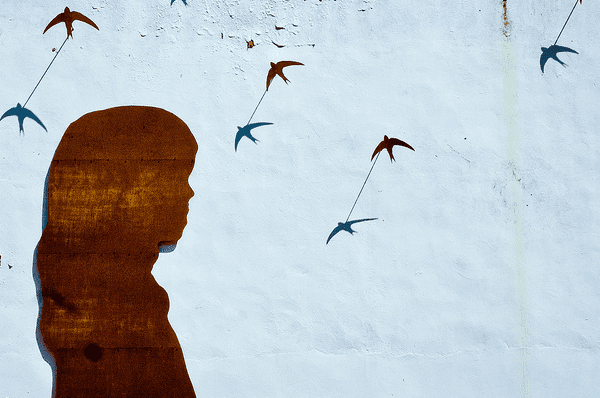