‘Influence Without Responsibility’: An Interview with Morgan Guyton about Toxic Christianity 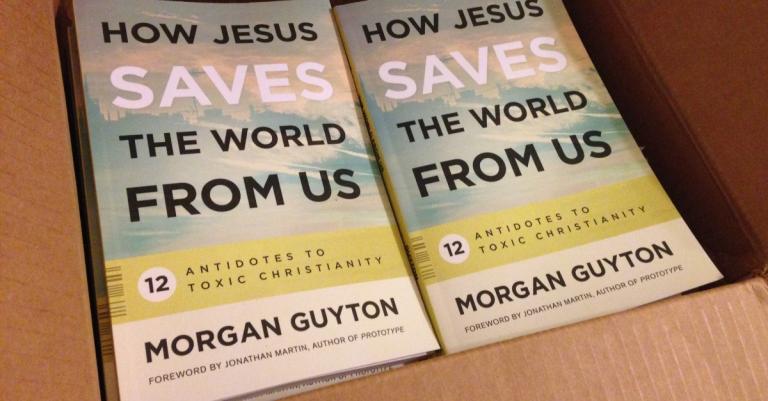 I had the opportunity to chat a bit with Morgan Guyton, author of How Jesus Saves the World From Us: 12 Antidotes to Toxic Christianity. It’s an engaging and challenging book, and Morgan is refreshingly honest in it and in his answers to my questions below. I definitely recommend his book. My only criticism is that some of his ideas and his subjects could have been expanded into multiple books. Particularly compelling was Morgan’s analysis of social media and leadership within Christianity. You can read more from Morgan at his Patheos blog, Mercy Not Sacrifice.

D: Congratulations on your book. It’s a great read. It’s really engaging, easily readable, but it’s not breezy. You’re dealing with some pretty heavy topics in here, and in some ways, I wanted some of your chapters to be entire books on their own, expanded. Your chapter on leadership was quite compelling and you had some pretty pointed critiques. Can you talk a little bit about how you think social media has affected the idea of leadership within mainstream Christianity? 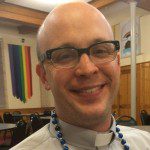 MORGAN: I think social media has been particularly toxic for creating the “influence without responsibility” form of leadership I wrote about. I don’t know what to do about the necessity of platform-building in our world today. It’s very easy to get sucked into thinking that the people in your real-life ministry are secondary to your blog numbers. Because a global “impact” is bigger than a local one. That’s what capitalism teaches us.

D: Right, and part of launching a book is all about building that platform. I kind of loved that you critiqued in your book the very thing every publisher is interested in: Platform, reach, and influence. How do you see influence without responsibility bleeding into the life of the church?

MORGAN: It’s hard to know to what degree other pastors face the same temptations I do. I just know that I crave arriving at the place where I can be a “teaching pastor” who goes on long walks, writes books, thinks big thoughts, and gives a 20 minute talk about my “journey” once a week. I don’t know to what degree megachurch teaching pastors are paid to be spiritual Kardashians as it sometimes seems. But I do know that several large-church UMC pastors have disappointing attitudes about pastoral care, basically saying that it’s a lay responsibility, because their job is to think big thoughts and be the celebrity motivational speaker.

D: Sometimes I feel like social media is like the Amway of celebrity. It’s multi-level marketing, get-famous-quick-scheme that promises these types of things but is never going to deliver. It seems like one thread in your book is a confrontation of the idea that spirituality and faith produces “big-deal people” or “experts” and invites us to be liberated from notions of self-importance. Even your chapter on reading the Bible as poetry rather than a math book has glimpses of that.

MORGAN: Ah yes. We can read the Bible like it’s a math problem to be conquered or a poem that conquers us. The way that too many Christians read the Bible is to become experts who can tell other people what to do based on their knowledge. When the purpose of the Bible is to give me knowledge, it’s easy for it to become all head and no heart. I’ve come to believe that the Bible’s primary purpose is to be the source of our life’s liturgy. It is supposed to be poetry we embody through prayerful living. When I look at the practice of the early church in the book of Acts, I don’t see people flipping through scripture as a rationalistic legal manual to make their decisions Their discernment is based upon visions they receive from the Holy Spirit while they’re praying the prayers that they’ve received from scripture.

D: Do you think the Scripture as a math problem is something you find in more literalist or innerrantist Christians or do you find it also with what is becoming known as “progressive” Christianity as well? If so, how does it manifest differently?

MORGAN: I feel like too many progressive Christians don’t know what to do with the Bible, but what’s encouraging to me is to see the increased interest in mystical spiritual encounters. Sometimes I worry that spirituality in progressive circles is being reduced to a kind of vacuous “mindfulness.” The richest contemplative experiences I’ve had have been derived from filling my head with psalms before I enter into quiet space. When I try to just sit with nothing more than a sacred word, it just doesn’t do much for me. So I’m interested in promoting a healthy use of scripture in contemplative practices rather than kicking the Bible to the curve because of the way it’s been abused by those with an overly rationalistic hermeneutic

D: Knowing a little of your story from your blog and social media sharings, it seems like you draw from and fit in with different parts of “conservative” or “liberal” camps. I’m wondering who, when you find yourself in a disagreement, tends to be better dialogue partner, more “conservative” or more “liberal” folks?

MORGAN: It’s so interesting because I tend to be a bit of a heretic on both ends of things. There are ways in which I cannot stop being evangelical even though I fail so many of their litmus tests. I haven’t completely worked through why I feel the need to stay in that tribe. I want to be able to talk to people on both sides. It’s very weird to live in the intersection of two very different orthodoxies. I’ve fortunately been able to find evangelicals who don’t farewell me and progressives who don’t say shut up, straight white male. In a way, my evangelical self-identity has helped me in my solidarity with marginalized people. I know that I’m a sinner who is arrogant and overly presumptuous. If I hadn’t grew up evangelical, it would be easier to embody the confidence of white male mediocrity.

D: I love the way you frame evangelicalism here in terms of humility and being self-aware. That’s a refreshingly positive re-frame. I also really appreciate that you see two orthodoxies here, the “progressive” and “conservative” ones. Although I think progressives might bristle at the idea they have just as much orthodoxy as a conservative. That might be the most dangerous thing you’ve written! On that note, I’m curious what the reaction to your book has been, given that you live in both worlds. You present some hard challenges to both ways of thinking.

MORGAN: I haven’t gotten too much backlash yet. I’ve been very nervous that somebody on twitter is going to anoint me a “bro-gressive” and then it will be all over for me. One of my biggest existential struggles is trying to figure out what to do with the fact that I am privileged and entitled because of my social location but also believe that I’m genuinely called by God to share some ideas with the world.

D: You clearly own your social location in the book. And you aren’t offering white savior solutions. In a way, especially since you use so much first-person experience, there’s a sense that you are owning all that privilege. It’s also why I appreciated you pushing back against platform/big-deal theology. You’re de-centering yourself in a way.

MORGAN: I think the question is always whether I’m genuinely doing that or consciously performing for the social justice warrior critics in my head.

D: Performance versus communion, as you note in your book. I think for me a big part of letting go of that has been to disengage and to let go of the fantasy that I’m actually going to change the world. It’s embedded in that White Savior Complex that overidentifies with Jesus. The idea that I’ll save the world with my words or big ideas, rather than as you rightly say, the world might well need to be saved by us.

D: One of the things that comes through about you is you take your relationship with God as something real. There’s a decided move to a horizontal, relational faith in a lot of Christian writing. And while your book certainly doesn’t let go of the importance of relational work, it also holds at its center a relationship with a real God. I frankly find that refreshing.

MORGAN: There is definitely a paradox in writing a book that’s supposed to be about saving the world from “us” when a big part of that salvation is losing our need to be messiahs (and writing a solution-to-everything book is a very messianic act). The real thing God has done throughout this book is to reveal to me that everything I’m critiquing is something deeply embedded in myself. It’s very strange to feel like you know everything when you have an idea for a book that will “change the world” and then realize how little you really know when you’re supposed to be promoting the shit out of it.

D: Interesting. The title and structure might come across as a “messianic act” but what you write to me seems like a critique of the genre even as it might be marketed within that genre. I found a certain Derridean playfulness in that which I appreciated. It was almost like a how-not-to-save-the-world-book cleverly disguised as a how-to-save-the-world book.

MORGAN: Haha. Everything is so damn meta. Once you’ve read Derrida there’s no going back.

D: It’s the SLIPPERY SLOPE. Which, if you’ve ever tried it, is actually quite fun to sled down.

April 21, 2016
Judas Lives! (What's So New About Jesus' New Commandment to Love One Another?)
Next Post

Christians, It's Time to Admit the...
FreedHearts
Related posts from Edges of Faith

Thanksgiving and Faith in a Time of Pandemic
Saying Thanks! In everything with prayer and supplication with thanksgiving make your...