The Worst Prison Escape in History (A Homily for Easter 7C)

The Worst Prison Escape in History (A Homily for Easter 7C) May 6, 2016 David Roberts 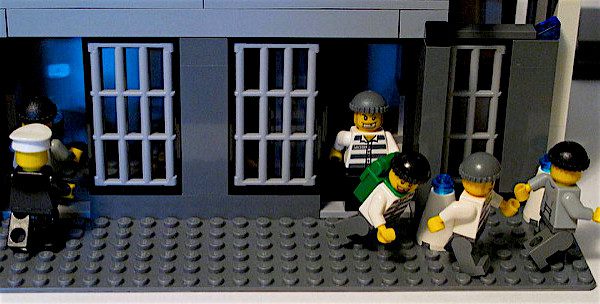 Today, in our text from Acts, we read about what is quite possibly the worst attempt to escape from prison even recorded.

I know this might be a bit of an exaggeration, but I can’t help but notice just how strange this story is when compared with almost every other prison escape story in our literary history. When I read this story, I can’t help but be reminded of the daring escapes of other prisoners, whether it’s Edmund Dantes’ escaping from Chateau d’If in the Counte of Monte Cristo in a body bag, Andy Dufrense digging his way to freedom through a sewer tunnel in Shawshank Redemption, or even Ulysses Everertt McGill’s hilarious run to freedom from a chain gang in O Brother Where Art Thou.

We love these breathtaking, defy-the-odds, escape-to-freedom stories. We enjoy seeing lovable scoundrels or the falsely imprisoned give the slip to the system and escape to freedom, confounding the unscrupulous jailers or wardens. Up until this point, even the prison break stories elsewhere in the books of Acts have generally fit this mold quite nicely. Twice before, God has orchestrated prison escapes for the apostles, unlocking cells in the middle of the night and providing angelic escorts to freedom.

But, if you noticed, something is missing from today’s prison break story, and that’s an actual escape, despite the miraculous set up for Paul and Silas to escape to freedom: the jail cells are opened by an earthquake, the stocks around their feet are loosened, and the jailer himself is apparently knocked unconscious.

Through what is surely divine intervention, Paul and Silas can now be free men, free to walk out of their cells and away from the city that had falsely accused them, subjected them to mob violence, tortured and flogged them before finally and unjustly imprisoned them.

Yet instead of escaping, Paul and Silas remain in their jail cells.

It’s a curious development that subverts our expectations. And that is when it begins to dawn on us that God is up to something very different in this story, that perhaps my frame of reference is off.

Maybe this isn’t a story about escaping from prison at all. Instead, I’d like to suggest this is a dramatic parable about human solidarity and radical trust, about overcoming our fears of each other and being healed by being baptized into each other’s pain and woundedness.

See, the jailer and his prisoners should have feared each other. They should have distrusted each other, and maybe even hated each other. Think about it from the jailer’s perspective. Here are two men, outsiders and presumed foreigners, accused of subverting the moral and social order of this Roman colony of Philippi. They are imprisoned for undermining the very fabric of society by their actions, accused of advocating beliefs that go against the very way of life of jailer and his people. They were dangerous criminals, and they were imprisoned in the most secure cell in the entire colony, their hands placed in stocks. Everything about their imprisonment indicates just how dangerous Paul and Silas were.

From the perspective of Paul and Silas, the jailer was the very representative of an unjust legal system that had subjected them to false accusations, mob violence, torture and unlawful incarceration.

Everything both the jailer and Paul and Silas had experienced up to that moment should have conditioned them to run from each other, to distrust each other, to fear each other. But God interrupts this story of fearing the other, and God’s grace transforms this story from one of separation, fear, and imprisonment into one of solidarity, radical trust, and mutual liberation.

And that’s where I think Paul and Silas offer us this holy, radical, and simple example of what it looks like to live a life freed from this kind of oppressive fear.

As the jailer is about to kill himself in order to preserve his honor in the wake of his failure, Paul and Silas call out to him and say, “We’re still here. We’re still with you. You are not alone. We’re in this together.”

Paul and Silas rightfully see that the jailer, too, is a victim in this culture of fear, violence, and death. While he is certainly caught up and complicit in this brutal culture, the jailer nevertheless is still victimized by it, and so Paul and Silas interrupt this cycle of fear that leads to violence and death by offering their unexpected solidarity and friendship.

Now, to be honest, everything in me screams that Paul and Silas are crazy. Fear tells me that surely 9 times out of 10, this story ends badly for them. But, with God’s help, they chose to trust this jailer, who by all accounts wasn’t trustworthy. But it’s almost as if Paul and Silas are willing to bet their lives on the jailer’s humanity.

Maybe if we set this story in modern times it can give us a glimpse of just how radical this story is. Envision this story unfolding with those imprisoned in Guantanamo Bay, with Paul and Silas as Gitmo prisoners and the Philippian jailer as a military guard. These are people who should rightfully fear each other. They are culturally conditioned to believe that the other is determined to destroy their world and lives. Can you imagine a world where it’s possible that they save each other’s lives and wind up sharing a meal together in the end? Can you imagine a world where they look past their culturally conditioned fear and demonization and bet on each other’s humanity?

Because that’s what happens in this story, that’s what the kingdom of God looks like and that is what we’re called to do. We are to bet on humanity just like God bet on humanity by becoming incarnate, showing us the way of salvation, and handing us the keys to the kingdom. God trusts us to get the work done here of revealing God’s love to a wounded and hurting world.

And so when Paul and Silas reach out to the jailer, they are offering us an incredibly concrete example of what it looks like for us to embody this love of God in a world full of despair and hopelessness of violence and oppression. They demonstrate exactly what Jesus is talking about in today’s gospel from John, this radical solidarity, this holy oneness that reminds the world that God loves them, is with them always, and refuses to abandon them, no matter who they are or how much we’re supposed to fear them.

What happens next is one of the most tender and powerful scenes in all of Scripture. The jailer takes these dangerous criminals who have just saved his life into his own home. He begins to wash their wounds, their open wounds of being flogged by the very culture he works for, the rough bleeding abrasions on their feet from the stocks he put them in. He faces and takes responsibility for the ways he and his people have wounded Paul and Silas.

And then, the text seems to indicate, with the same basin and perhaps even the same water that has washed their wounds, the jailer is baptized. He’s baptized into their woundedness, pain and suffering. Just as Paul and Silas had stood in solidarity with him in his own pain as he almost committed suicide, so to does the jailer now stand in solidarity with his prisoners and their pain.

They have saved each other’s lives. And the first thing they do is to share a meal together. They become family of sorts. They change the expected narrative profoundly. In the end, they even join together to win not only Paul and Silas’ freedom from prison but also an apology for their mistreatment from those in power. Talk about a holy disruption!

This story begins with the brutal tragedy of fearing those who are different. Paul and Silas are dangerous outsiders, falsely accused, beaten by a mob, tortured by the state, and incarcerated. We want them to run when they have the chance. But their decision to trust in the humanity their enemy — the Philippian jailer — disrupts this system built on fear and violence.

Their actions upends our expectations, and it transforms this story from a tale about escape from prison into the a holy story about tearing down the fear and distrust that imprison us all so that we can all find liberation together.

So I pray as we go forth into the world this week, we will be aware and take notice of when we find ourselves in fear of those different from us. And I pray we will be like the Philippian jailer who can hear the call to transformation through the din of fear and violence to experience the salvation offered by our supposed enemies. I pray we will find the holy courage like Paul and Silas to transcend fear and the need to escape and to embrace and to bet on the humanity of others, and call out to them, “We’re still here, we are with you, just as God is with us all, betting on us to find a way to love each other.”

This post is brought to you by the generous patrons of this blog. You can support me by pledging just $1 (or more!). Please consider supporting writers and other artists at Patreon. Every dollar really does make a difference. 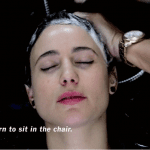