“What were you thinking?” Overcoming the pains of regret

“What were you thinking?” Overcoming the pains of regret July 16, 2014 David Rupert

My brother rode over the home-built jump at the end of the road over and again, circling around to get just a little more air or turn the handlebar in a circle before landing.

My pant legs was full of grease from getting caught in the bicycle chain, but there was no stopping until the darkness pushed us grudgingly indoors.

The next day, we started all over again. I found a matchbook in the middle of street and flipped open the cover to see five matches were still unused.

This was our lucky day. I wasted a match just to see if it worked, only to be scorned by my brother. Still, we were awed by the flame that danced in the breeze for about ten seconds until its heat seared my finger tip and I threw the match down.

We found a newspaper that had blown against the metal fence and we crumpled it like we had seen our dad lighting the fireplace. It was my brother’s turn. He lit the newspaper and it leapt into flame, encouraged by a puff of wind. We clapped our hands in delight.

Suddenly, the newspaper lifted in the air and was aloft, a floating ship of fire. We laughed and  pointed at the spectacle, watching the fire aimlessly drift until it settled on the other side of the fence in the middle of the dry leaves of an abandoned field.

In just a few moments the little flame created a circle of fire that raced quickly away from us. Scared, we jumped on our bikes and hid down the block behind an outbuilding. A fire truck came a few minutes later, dispatched by a neighbor who no doubt saw the flames.

That afternoon, we got the courage up to see the scorched land. It was black and ugly, black soot stuck to some wooden fence posts. Ashamed, we told our mom that night.

“What were you thinking?” she scolded us.

The words pierced me – as they do now – as I look at the regrets in my life.

The pain of regret

The middle age version of me needs to really go back in time and give the younger me some advice.  When I look back at some of the decisions I’ve made regarding relationships, careers, actions, and spoken words, I hear my mother’s voice all over again. “What was I thinking?”

I admit there are times when I wonder what my life would have been like without those stupid, silly, and often sinful decisions.

Regret is one of life’s most painful lessons. The problem is that you can never go back and undo those stupid decisions. The drink you took, the affair you started, the words you shouted, the job you quit, the person you insulted. You can’t jump in the DeLorean and go back in time to change.

As much as I wanted to, the flame had already scorched the land. I couldn’t snuff the match that had already started the grass fire.

All I have is grace

The world tells us that the good decisions eventually outweigh the bad, that in the end, as long as you are a “good person” that it all works out. The problem is that a single bad decision can ruin a lifetime of good decisions. I’ve don’t that in marriage, at work, and with friends.

These are natural consequences of actions.

But consequences are far different from karma, the belief that the good will reward the good and the bad will haunt the bad.  Brian Zibell preached last week and said this. “Karma is a lie. In God’s world, grace rules.”

2 Samuel 14.14 says this, “All of us must die eventually. Our lives are like water spilled out on the ground, which cannot be gathered up again. But God does not just sweep life away; instead, he devises ways to bring us back when we have been separated from him.”

This is grace and I no longer have to wonder, “What was I thinking” because this is what He was thinking all along.

Yesterday is suddenly not the impediment I thought it was. I have today — and tomorrow, too.

July 24, 2014 Lost and Found
Recent Comments
10 Comments | Leave a Comment
"I'm sorry for your loss."
Maine_Skeptic The Day I Walked Away: Finding ..."
"Books2Door Dicount Code is best code provided by Books2Door. Amazing Discount Offers Get, Books2Door & ..."
Nora Hazel The quaint concept of self-denial [It ..."
"nice articleEAZE PROMO CODEPromo Codes and save up to 30% on the offer, so get ..."
julie The quaint concept of self-denial [It ..."
"You lift yourself up by your bootstraps. And trust God that He will accomplish whatever ..."
edwitness Sins of The Father: What Should ..."
Browse Our Archives
get the latest updates from
David Rupert
and the Patheos
Evangelical
Channel
POPULAR AT PATHEOS Evangelical
1 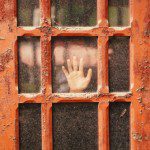 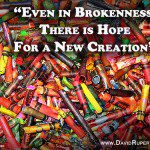