I know you have a busy life.  I know you are under deadline.  I know it’s easy to stumble and make mistakes.  Believe me, I’ve been there.

But please, try to avoid making the  blunder that this writer made, in an otherwise fine piece:  referring to Catholic deacons as “lay deacons.”

There ain’t no such animal.

For future reference — and please, pass this along to any of your colleagues — Catholic deacons are clergy.  Many are married.  Many have jobs outside the church.

But that doesn’t mean deacons are lay people.  Catholic deacons are clergy.    Like priests.  Like bishops.  Like the pope.   A quick call to the local chancery could clear up any confusion you might have, and I’m sure they can answer any other questions you have about this unique vocation.

Have a nice day.

May 25, 2011 Pope receives papers for cause of Fulton Sheen -- and reveals that he worked with him
Recent Comments
51 Comments | Leave a Comment
"I think I would have been happier had the CDF handled the nuns the way ..."
Theodore Seeber Vatican challenges “interpretation” of cardinal’s remarks ..."
"Blaming "Islamics" for this is like blaming the Pope for the Holocaust Denial of Hutton ..."
Theodore Seeber One killed, 44 injured in Catholic ..."
"It smacks to me of hyper-sensitivity, a veiled spiritual and intellectual pride, with regards to ..."
J D Pope Francis: “A Christian who complains, ..."
"Oh, no, we never change our mind, and we always agree, even on points of ..."
Ron Chandonia Vatican challenges “interpretation” of cardinal’s remarks ..."
Browse Our Archives
get the latest from
Catholic
Sign up for our newsletter
POPULAR AT PATHEOS Catholic
1 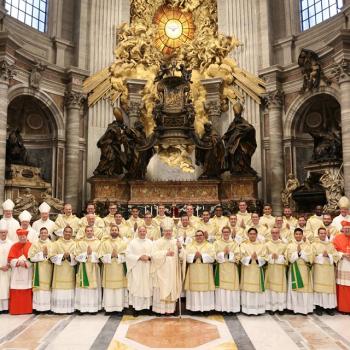 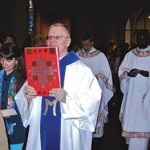 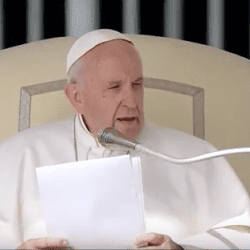 Veneration of Saints: God "In" and "Through" St....
[see book and purchase information] * [originally posted on 5-17-13 on Facebook;...
view all Catholic blogs
What Are Your Thoughts?leave a comment