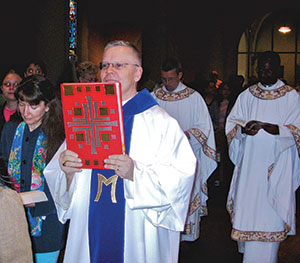 Father Z. got that question (from a deacon!) and last week he answered it:

My default position is to be favorable toward permanent deacons.

That said, I have encountered over the years super competent permanent deacons, edifying and praiseworthy, and also cringe worthy incompetents.  More of the later, alas, than the former.   Not that a lot of priests are great shakes.

The problem is terribly uneven formation.   I don’t question in the least the good motives or piety of the men involved.  I only hope that programs can sniff out the guys who just want to be “up there” on Sunday.

Do we need a permanent diaconate?   Are they necessary?  This feels like the third rail.

We didn’t have them for a loooong time and we got along just fine.  However, that also was in the day when convents were jammed and there were several priests in every rectory.   Work got done.

I’ll leave aside the issue of mission countries as being too complicated.

With the shortage of priests in these USA at least, one can see how having deacons who can help with Communion calls and so forth, sacramental prep, service at the altar for solemn worship is desirable.  Frankly, I wish I had a couple of permanent deacons around whom I could train up for Solemn Masses.  That would make my life a lot easier.

It seem to me that, while priests are existentially necessary for the life of the Church (e.g. Mass, confessions, anointing), and permanent deacons are not in the same way necessary (e.g. they do none of those), having them in service depends a great deal on both the urgency of the need and the quality of formation.   That isn’t very definite, I know.  First, every cleric ought to be well-formed.

Are they necessary?   Well… it depends.  It depends on if you want to work priests into their early graves and it depends on the level of formation.

He has more on the subject. Read on.

I have to agree that much depends on formation — and the quality of that can vary widely.

I’ll just add: there is an increasing tendency among too many clergy to undertake what has been called the “thingifying” of deacons — describing us merely by what we do, not who we are or what we represent.  My friend Deacon Bill Ditewig offered some thoughts a few years ago on what deacons do and why — and pointed to the deeper theology underlying our vocation:

If the deacon is already perceived as the servant to the community in every sense of that word, when you see that servant in action liturgically, it cements that. People see the deacon and think, “That’s also the guy who does that prison stuff,” or, “This is the guy who goes out and works the soup kitchen, and now he’s challenging the rest of us, in his homily, to join him.” It all comes together.

It’s significant that the deacon gets the last word at Mass. Ite, missa est does not mean “Go, the Mass has ended.” Ite is a Latin word that a Roman commander would use to address his troops. It means “march.” And missa est means the church is being sent. He’s saying, “We’ve got to link this Eucharist with mission. Let’s go do that.”

Sometimes a deacon will show up before Mass and the priest will say, “I don’t need you today.” Yes, you do. Would a priest go to Mrs. Smith and say, “I don’t need you to read today, I’ll do the readings”? No. Just as you need laypeople present and active, you need the deacon. That’s how we achieve our Catholic identity as a community—we see ourselves for this garden that we are. 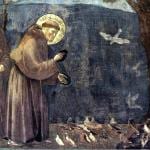 October 3, 2019 A pastor explains why his parish won't be blessing pets Friday
Browse Our Archives
Related posts from The Deacon's Bench