The reality TV that wasn't: how CBS faked the Fourth

What you see below never happened.

Read all about it:

Those who watched Boston’s revered Fourth of July celebration Monday night on CBS were treated to spectacular views of fireworks exploding behind the State House, Quincy Market, and home plate at Fenway Park, among other places – great views, until you consider that they were physically impossible.

As viewers began to point out yesterday, it would not have been geographically possible to see the fireworks above and behind the landmarks in question, since the display was launched from a barge in the Charles River and in directions away from those places.

“According to CBS, you can see the fireworks from the right side of Quincy Market, even though Beacon Hill is in the way,’’ wrote “Kaz,’’ whose real name is Karl Clodfelter, a commenter on the Boston blog UniversalHub.com. “Also, they come up behind the State House when you’re standing across the road . . . which means the barge must have been parked on the Zakim this year,’’ wrote Clodfelter, a research scientist from Brighton.

David Mugar, the Boston-area businessman and philanthropist who has executive produced the show for nine years, confirmed yesterday that the footage was altered. He said this was the first year such alterations were made.

Mugar said the added images were above board because the show was entertainment and not news. He said it was no different than TV drama producer David E. Kelley using scenes from his native Boston in his show “Boston Legal’’ but shooting the bulk of each episode on a studio set in Hollywood.

“Absolutely, we’re proud to show scenes from our city,’’ Mugar said. “It’s often only shown in film or in sporting matches. We were able to highlight great places in Boston, historical places with direct ties to the Fourth. So we think it was a good thing.’’

A CBS Television spokesman declined comment about whether the network was aware of, or approved of, the fireworks show being digitally altered.

July 8, 2011 Corapi on camera -- UPDATED
Recent Comments
7 Comments | Leave a Comment
Browse Our Archives
get the latest from
Catholic
Sign up for our newsletter
POPULAR AT PATHEOS Catholic
1 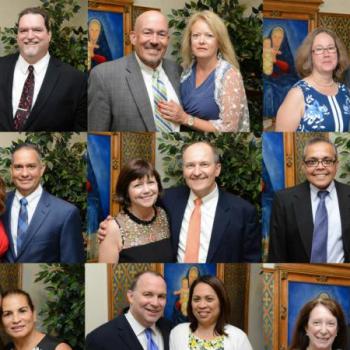 Trump Repeats His Threat to Discard Ballots. McConnell...
President Trump doubled down on the threat he made at a press...
view all Catholic blogs
What Are Your Thoughts?leave a comment

7 responses to “The reality TV that wasn't: how CBS faked the Fourth”