Cardinal George: “I’m truly sorry for the hurt my remarks have caused” 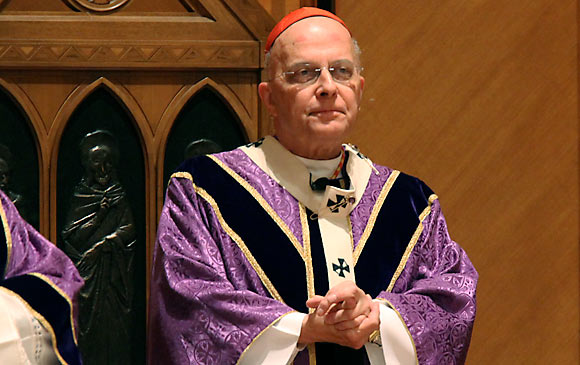 George’s initial comments came in response to questions about whether the new route assigned to next summer’s gay pride parade would interrupt morning services at Our Lady of Mount Carmel Church in the Lakeview neighborhood. That dispute was resolved before Christmas, when parade organizers agreed to change the start time of the event.

“When I was talking, I was speaking out of fear that I have for the church’s liberty and I was reaching for an analogy which was very inappropriate, for which I’m sorry,” George said. “I didn’t realize the impact of what I was saying. … Sometimes fear is a bad motivation.”

In his comments, broadcast on Fox Chicago television on Christmas, George addressed what he perceives to be religious discrimination in the name of gay rights. While discussing the pride parade, he cited the anti-Catholicism of the KKK in the early 1940s.

“You know, you don’t want the gay liberation movement to morph into something like the Ku Klux Klan, demonstrating in the streets against Catholicism.” George told the Fox Chicago reporters. “So I think if that’s what’s happening, and I don’t know that it is, but I would respect the local pastor’s, you know, position on that.”

George said he didn’t expect the public uproar over the comments.

“This is not about power. This is not about control. This is about a church and its ministry and its shepherd,” he said. “We believe in reconciliation. It’s not a time to continue to draw battle lines and go back to prior history. It’s time to say we’re grateful for that gift for someone realizing that he or she misspoke in a way that caused some harm and seek forgiveness.” 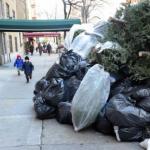 January 7, 2012 Homily for January 8, 2012: the Epiphany of the Lord
Recent Comments
78 Comments | Leave a Comment
Browse Our Archives
Related posts from The Deacon's Bench

Fundamentalism vs. Life, Human Dignity, and Jesus' Teachings
In my prior ultra-conservative rad-trad days,  I admit that I held more...
view all Catholic blogs
What Are Your Thoughts?leave a comment

78 responses to “Cardinal George: “I’m truly sorry for the hurt my remarks have caused””