Somehow, this doesn’t surprise me: 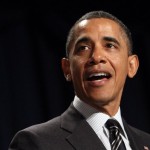 Still, a survey conducted this week has the president beating Republican hopefuls Mitt Romney and Newt Gingrich among Catholic voters in the 2012 race.

PRRI also noted that about half of Catholic voters also voice concern about the wealth gap in America and the state of the country’s poor, an issue that was the subject of a Romney gaffe Wednesday, when he told CNN he was “not concerned about the very poor.”

A majority of American Catholics went Democrat and voted for Obama in 2008 , the Pew Forum found, but had sided with Republican candidates and split down the middle in previous presidential elections.

February 2, 2012
What's the matter with kids today? Not that much, actually
Next Post

February 3, 2012 Komen apologizes, reverses decision on funding Planned Parenthood
Recent Comments
0 | Leave a Comment
"I think I would have been happier had the CDF handled the nuns the way ..."
Theodore Seeber Vatican challenges “interpretation” of cardinal’s remarks ..."
"Blaming "Islamics" for this is like blaming the Pope for the Holocaust Denial of Hutton ..."
Theodore Seeber One killed, 44 injured in Catholic ..."
"It smacks to me of hyper-sensitivity, a veiled spiritual and intellectual pride, with regards to ..."
J D Pope Francis: “A Christian who complains, ..."
"Oh, no, we never change our mind, and we always agree, even on points of ..."
Ron Chandonia Vatican challenges “interpretation” of cardinal’s remarks ..."
Browse Our Archives
Related posts from The Deacon's Bench