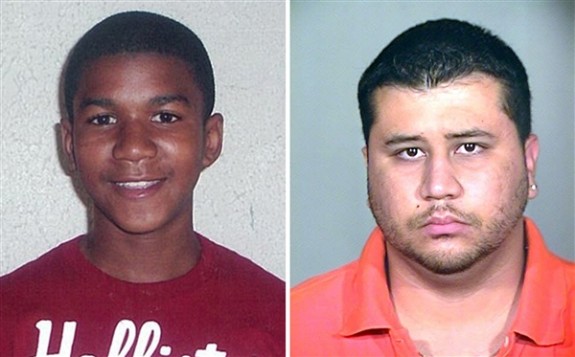 NBC told this blog today that it would investigate its handling of a piece on the “Today” show that ham-handedly abridged the conversation between George Zimmerman and a dispatcher in the moments before the death of Trayvon Martin. A statement from NBC:

“We have launched an internal investigation into the editorial process surrounding this particular story.”Great news right there. As exposed by Fox News and media watchdog site NewsBusters, the “Today” segment took this approach to a key part of the dispatcher call:

Zimmerman: This guy looks like he’s up to no good. He looks black.

Here’s how the actual conversation went down:

Zimmerman: This guy looks like he’s up to no good. Or he’s on drugs or something. It’s raining and he’s just walking around, looking about.
Dispatcher: OK, and this guy — is he black, white or Hispanic?
Zimmerman: He looks black.

The difference between what “Today” put on its air and the actual tape? Complete: In the “Today” version, Zimmerman volunteered that this person “looks black,” a sequence of events that would more readily paint Zimmerman as a racial profiler. In reality’s version, Zimmerman simply answered a question about the race of the person whom he was reporting to the police. Nothing prejudicial at all in responding to such an inquiry.

Now, in my experience, there are a few logical explanations:

Whatever happened, there was widespread system failure here — and a deplorable absence of truth.  And people wonder why nobody trusts the media.  Seriously?  It’s crap like this.

The mainstream media is increasingly diminishing itself into irrelevance and giving more and more of us fewer and fewer reasons to pay attention.  As one who toiled long and hard in the vineyards of broadcast news, I find this stuff infuriating, and more than a little depressing.  The nation needs a strong, vigilant, independent and courageous press.

What we’re getting, instead, is lazy reporting, cynical manipulation and lies.

In other words: bullshit.