And with your iPad: one priest’s experience using the tablet for Mass 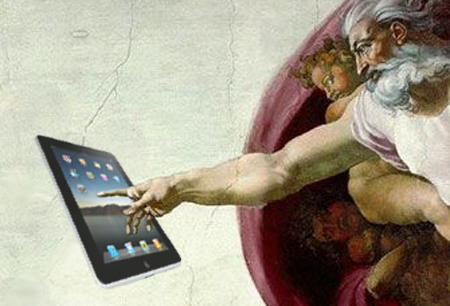 This comes from New Zealand, where one priest writes that the biggest problem with the new missal isn’t the language, but the physical ordering of the missal itself.

What the people who translated the new Missal didn’t do was decide how the new English translation should look. They didn’t decide the layout of the New Zealand edition of the Missal.

Given the first effort was rejected, I can only but imagine what it might have looked like.

I’d suggest this edition still has layout issues. Among them

Negotiating the new text is one thing, negotiating poor formatting is another.

If this were a normal book, I’d be tempted to return it.

After my Sunday experience, I chatted with other priests who like me have tried-out the new New Zealand Missal.

Alas, they reinforced my view; one going as far as saying his experience was “dreadful”, and another, “forget the words, the layout is all over the place.”

I’m fortunate enough to have an iPad, and for some time have had the Universalis App.

This week, Universalis released a new free upgrade and with it came a feature “Mass Today”.

Some of its features include the ability to:

Universalis on the iPad is not without its issues:

Using the iPad as a replacement missal may not be everyone’s “cup of tea”, but I’d pose it’s at least worthy of consideration.

May 30, 2012 Clergy and politics
Browse Our Archives
Related posts from The Deacon's Bench

Parents in Conservative Churches with LBGTQIA+ kids--Change Churches,...
I didn’t comprehend how serious the related problems were with the LBGTQIA+...

Are Journalists Failing People of Faith?
Have you felt ignored by the media as a person of faith?...
view all Catholic blogs
Copyright 2008-2021, Patheos. All rights reserved.
Close Ad