Taking a vacation from vitriol

Taking a vacation from vitriol May 29, 2012 Deacon Greg Kandra 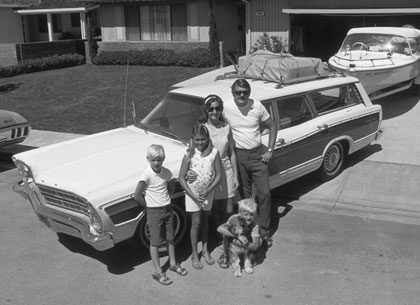 With the summer season on us, we all need a break — a change of scenery or, at least, a change in atmosphere.  I could really use a trip to Walley World right about now.

However, since I can’t do that, I’m going to do something else.  For the foreseeable future, I’m closing comments.  Maybe for good.  I’ll revisit this policy later in the summer.  Older posts will still allow comments.  But going forward, new ones will not.

This has been coming for a while.  I’ve shut down comments for a week or two in the past, to have a breather, but the resultant serenity doesn’t last for long. On some days, keeping track of the torrent of comments has become a full-time job, and I’ve found repeatedly that the combined badgering, sniping and vitriol too often create an environment that can only be called toxic.  I just don’t have the time or mental energy to deal with it.  (Neither, it seems, do some longtime readers, who have written to tell me they can’t even go into the comboxes anymore; invariably, when they leave, they feel like they need to take a bath.)

So, henceforth, a vacation from vitriol.  I need it for my own spiritual health.  I think, maybe, we all do.

I’ll continue posting the usual stuff, mostly news items and things that strike me as interesting, along with homilies and deacon-y tidbits.  Nothing else will change, really.

But I hope the atmosphere around here will be a lot less combative.  And my life, I think, will be a little bit saner.

So farewell, for now, to histrionics and the hurling of spitballs.  Ta-ta to trolls, to accusations of heresy, to the tsk-tskers who love to sigh and gasp and sputter and kvetch. Adios to ad hominems.  Enough.  Goodbye to all that.

Let’s get away from it all.

May 29, 2012 After Chaput: Fargo's Aquila named to lead Denver
Browse Our Archives
get the latest from
Catholic
Sign up for our newsletter
POPULAR AT PATHEOS Catholic
1