For Father’s Day: Harry Chapin’s son talks about “Cat’s in the Cradle”

Below, Harry Chapin performs what may be his best-known and most enduring song — and the subject of it, his son, talks about his father, who died when he was very young.

Meantime, there’s great information about how the song came to be at this website, quoting Chapin’s wife, Sandy, who wrote the poem that became the basis of the song.  “Cat’s in the Cradle” became Chapin’s only #1 hit:

“Harry wrote exactly the right upbeat melody over a sad lyric, and it was very catchy and repeatable so people could sing it,” she said. “The other thing is there is probably a twitch in people’s brain from their childhood, a familiarity. It was a happy combination of circumstances.”

When Harry’s album “Verities and Balderdash” was about to be released, David Geffen, the interim president of Geffen Records, selected “Cat’s in the Cradle” as the album’s lead single.

“Harry came home and told me that, and I said you can’t do that; it’s ridiculous. That song will only appeal to 45-year-old men, and they don’t buy records,” said Sandy. The song went to number one, and it was Harry’s only number one record. “It just goes to show how wrong you can be,” she added.

“I think the reason people responded and continue to respond is because it is a real life story, and everybody has a piece of that experience,” said Sandy. “We still get letters about that song today. Parents responded by deciding they were going to do better and be home for their kids more.”

“The whole point of the story is that we learn our lessons in life by making mistakes, by trial and error, by experience,” she said, adding, “It would be great if we could learn about the future ahead of time, but we have to learn the hard way. It’s like the old saying–too old too soon, too wise too late.”

June 18, 2012 Charlie Sheen goes to confession
Browse Our Archives
get the latest from
Catholic
Sign up for our newsletter
POPULAR AT PATHEOS Catholic
1 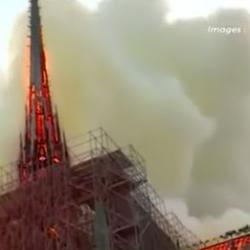