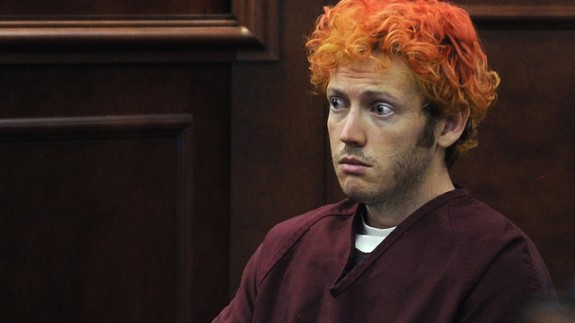 I just had to check in with Facebook one more time. And what did I find? Links to a video clip from MSNBC commentator Joe Scarborough this morning. He was discussing Friday night’s shooting in an Aurora, Colorado, movie theater, trying to find sense in the horrendous events. Then in the course of the conversation, Scarborough offers these words of deep wisdom and insight:

As soon as I heard about this shooting, I knew who it was. I knew it was a young, white male, probably from an affluent neighborhood, disconnected from society. It happens time and time again. Most of it has to do with mental health; you have these people that are somewhere, I believe, on the autism scale. I don’t know if that’s the case here, but it happens more often than not. People that can walk around in society, they can function on college campuses—they can even excel on college campuses—but are socially disconnected.

Then, as if to pour salt in the wound, Scarborough tells us that he has a son with Asperger syndrome. So I guess that means he’s qualified to make a long-distance provisional diagnosis of the shooter. And that he’s qualified to suggest that being on the autism spectrum makes you more likely to become a homicidal maniac.

Now it’s possible that Scarborough’s own journey with autism has been particularly challenging, and he is projecting his experience onto the whole autism community. I know of kids on the spectrum who seem to fit the kind of picture Scarborough painted—kids who stick to themselves, are socially awkward, and may be prone to violent melt downs.

But these people are far from the norm. And even those who tend to be more aggressive take out their aggression on themselves and their caregivers, not on perfect strangers. Not to mention that a melt down is pretty spontaneous. It’s not usually something four months in the making, involving elaborate booby traps and multiple purchases of ammunition on the Internet.

My real problem is that Scarborough stigmatized an entire population that is already suffering from a lot of misunderstanding and prejudice. As the father of a child on the autism spectrum, he should know better. As a professional journalist, he should know better. But he couldn’t resist the temptation to shoot off his mouth. By his unfettered logorrhea not only did he end up espousing an indefensible theory; he gave people another baseless reason to be afraid of people on the spectrum and to treat them as a separate class, “others” who are just weird enough to shoot up a whole movie theater.

It was bad enough when Brian Ross connected the alleged shooter to the Tea Party.  Now this.  (To be accurate: Joe Scarborough is not, per se, a journalist.  He’s a talk show host and former congressman.  But in the Vulcan mind-meld that is modern media, that doesn’t really matter anymore, and the role of Edward R. Murrow is now being played by George Stephanopoulos. But doesn’t anyone have a sense of responsibility?  A sense that they should watch what they say and think first?)

Welcome to Journalism in 2012, a jolly and carefree profession blissfully devoid of facts, where anyone can be anything and, of course, say whatever they want.

During a debate regarding the recent Colorado shootings, I suggested that the Aurora tragedy should make Americans focus more on mental health in this country. I also stated that my own experiences raising a son with Aspergers made me keenly aware of how important strong support systems are to those who might otherwise be isolated.  The growing Autism epidemic is a tremendous burden for children, parents and loved ones to endure. My call for increased funding and awareness for Autism and other mental health conditions was meant to support the efforts of those who work every day to improve the lives of Americans impacted. Those suggesting that I was linking all violent behavior to Autism missed my larger point and overlooked the fact that I have a wonderful, loving son with Aspergers. Perhaps I could have made my point more eloquently.  I look forward to continuing my work with wonderful organizations like Autism Speaks to provide badly needed support to millions of Americans who struggle with Autism every day.

July 24, 2012
How to turn your Mac into a noisy old typewriter
Next Post

July 24, 2012 What is CNEWA?
Browse Our Archives
Related posts from The Deacon's Bench