The “Improvising Priest” has had his preaching faculties removed.  Details:

A priest forced out of his parish by Belleville’s Catholic bishop for improvising prayers during Mass will no longer be able to preach in public as of today. 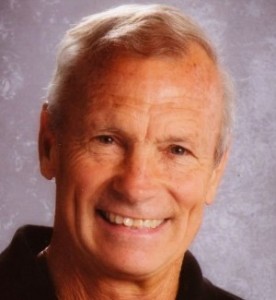 The Rev. William Rowe said Monday that Bishop Edward Braxton has suspended him and removed his “faculties,” or license to practice ministry under church law. The move has been associated in recent years with the punishment of clergy accused of sexually abusing minors.

Rowe, the pastor of St. Mary Catholic Church in Mount Carmel, Ill., has not been accused of abuse, but he has clashed with Braxton over altering the liturgical prayers of the Roman Missal — the book of prayers, chants and responses used during Mass.

Last month, St. Mary’s parishioners learned that Braxton had officially removed Rowe, their pastor of 18 years. But a separate letter from Braxton recently informed Rowe, 72, that not only would he have to leave the church, but that he could not preach in public anywhere.

Rowe said he could no longer celebrate public Masses or preside at weddings, funerals or baptisms. The only exception, Rowe said, involves a dying person; he can still hear a confession, baptize or anoint that person.

“That’s very hard for the family,” Rowe said. “I’ll be there, but I can’t participate.”

A spokesman for the diocese, Monsignor John Myler, did not respond to a request for an interview.

Thanks Be to God—Another Winter
It’s winter again and I should have far more of my dissertation...
view all Catholic blogs
Copyright 2008-2017, Patheos. All rights reserved.