How a ‘fallen away’ Catholic became a priest

A great story, from Aspen, Colorado:

Christianity is filled with stories of rapid-fire callings to service, such as the blinding-light conversion of Saul as he was on his way to Damascus with a mandate to arrest followers of Jesus.

Father Darrick Leier, the new priest at St. Mary Catholic Church in Aspen, had more of a gradual calling in terms of leaving secular life for the priesthood. Leier replaced the Rev. John Hilton as pastor of St. Mary in early November. 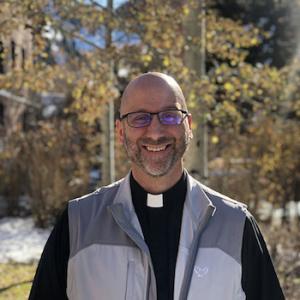 His “conversion,” he said, occurred in the months following his mother’s death from cancer, which occurred exactly eight years ago last Thursday.

Leier was in North Dakota, attending to his ailing mother, in November 2011 when he began questioning the existence of a higher power. Raised a Catholic on his family’s farm and ranch in North Dakota, he said he had become a “fallen-away Catholic” during his adult years.

“I knew those were my last times with her,” Leier recalled last week. “That caused me to start reflecting on my life and thinking about my faith, and God, and Heaven, and what happens after this life. I was asking God, ‘Are you real? Is Heaven real?’ And then he really answered me. Of course Heaven is real — because I knew my mother was going there.”

Leier returned to his home in Denver after his mother passed away, but kept a vow that he made in her last days. It was a promise to begin attending Mass again.

From there, the seed for the technology engineer’s future was planted after he joined a church in Northglenn. He got involved with different ministries in the parish, in any way he could. He wanted to do the Lord’s work.

But even then, it didn’t feel as though he was giving enough.

“This transformation that was happening in my life,” Leier said. “I absolutely knew it was not coming from me. It was extraordinary. It wasn’t natural — it was supernatural.

“I had no doubt it was the work of Lord, changing my life,” he added. “The Lord was doing that to save me. I knew he had plans for me and I knew they were big. I spent as much time in prayer as I could. I surrendered and said, ‘Jesus, whatever your plan is me, give me the grace to say yes to it.’” 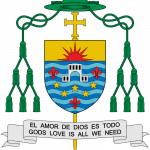 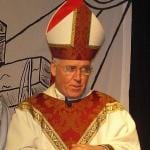