Bishop Richard J. Malone will request an “early retirement” and exit as head of the Buffalo Diocese, a source told The Buffalo News on Monday, following an earlier report that Pope Francis was expected to accept Malone’s resignation on Wednesday.

Malone, 73, has resisted calls for his resignation for more than a year over his handling of a clergy sex abuse crisis that now includes more than 220 lawsuits against the diocese and more than 150 priests accused of abuse from decades ago.

Malone had long maintained that he would stay on as bishop until March 19, 2021, when he turns 75 and is required under Catholic Church law to submit his letter of resignation to the pope.

Related: Buffalo’s Bishop Malone: ‘This could be the end of me as bishop’

But his retirement announcement is expected on Wednesday, a source confirmed to The News.

The source said Malone discussed different options with the pope when he was recently in Rome with other New York State bishops.

Malone decided to pursue an early retirement, with an announcement expected on Wednesday, although with word starting to spread of Malone’s decision, the announcement could come sooner, the source said.

The early retirement was an option that the source described as a way to promote the good of the Buffalo Diocese with healing and reconciliation.

“The bishop is not being forced out,” the source said.

Beyond announcing the Pope’s acceptance of Malone’s resignation at 73, house sources likewise indicate that the Holy See is to name Bishop Edward Scharfenberger of Albany as apostolic administrator of Buffalo until a permanent replacement is installed.

Set to be granted the full faculties of the diocesan bishop for the duration of the vacancy – a significant contrast to an interim leader elected by the local Consultors – the Albany prelate is notably a product of Brooklyn, whose Bishop Nicholas DiMarzio conducted the Buffalo Visitation on Francis’ behalf.

He has more here. 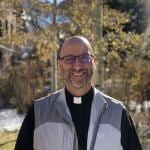 December 2, 2019
How a 'fallen away' Catholic became a priest
Next Post 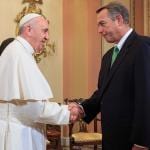 Sometimes You Need to Yell at God, but...
Having gone to confession today, I recognized that I needed to yell...
view all Catholic blogs
Copyright 2008-2021, Patheos. All rights reserved.
Close Ad