“We believe he died with forgiveness in his heart”

“We believe he died with forgiveness in his heart” July 16, 2012 Deacon Greg Kandra 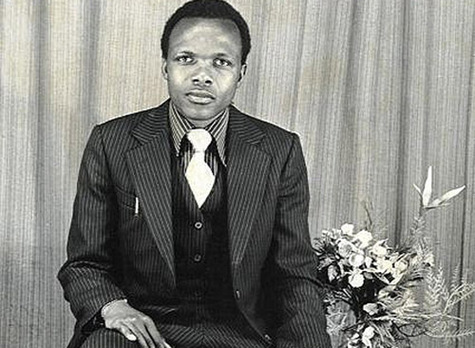 A move is afoot to have a South African hero declared a saint.  But it’s not happening without controversy.

Everyone in this poor northern corner of South Africa has a story about Benedict Daswa’s kindness to his neighbors, his schoolteacher colleagues, the young villagers he helped to feed.

It’s therefore all the more horrifying that some of those same friends and neighbors were in the mob that beat him to death in a spasm of violence born of a flash of lightning and a witch hunt.

And even now, 22 years later, the pain and anger linger. A movement is under way to have the Vatican declare Daswa South Africa’s first saint, but it has stirred concerns that old grudges which should have faded in the new post-apartheid South Africa could come surging back.

1990 was a tumultuous year in South Africa. Apartheid was ending, and violent passions were being unleashed. Recriminations and superstitions were swirling. Witch hunts — the literal kind, still prevalent on African communities — were claiming the lives of men and women.

When lightning struck homes in Nweli, the elders suspected witchcraft and wanted to hire a witch-finder. Daswa, a primary school headmaster and devout Catholic, objected. A week later he was murdered.

No one has ever been prosecuted in the case, and witnesses have refrained from speaking up. The ringleader died in a car accident years ago. Some of those in the lynch mob still live here. Today the watchword in the village of Nweli is reconciliation, and the proponents of sainthood for Daswa are quick to stress that they are not looking to reopen the investigation or hold any individual accountable.

In Assumption of Our Lady, Nweli’s tiny brick church with log rafters crisscrossed like fingers laced in prayer, about 40 worshippers recently celebrated Corpus Christi, reading from Psalms in Venda, the region’s main language: “O precious in the eyes of the Lord is the death of his faithful servant.”

Chris Maphaphuli, who was inspired by Daswa to become a teacher and counted him as a friend, said reopening the investigation of the killing would accomplish nothing. “As Jesus was forgiving, so we must also forgive,” he said.

Joao Rodrigues, the Catholic bishop in the diocese where Daswa lived and died, said the canonization effort had nothing to do with bringing the killers to justice. “Fundamentally, we believe he died with forgiveness in his heart,” he said. The aim is “to highlight that the man who was killed was a man of God and that his death is a testimony to his faith.”

July 16, 2012 Great moments in journalism: only approved quotes allowed
Browse Our Archives
get the latest from
Catholic
Sign up for our newsletter
POPULAR AT PATHEOS Catholic
1