Chicago parishioners rally around priest they call “a living saint”

Read all about it, from the Chicago Sun Times: 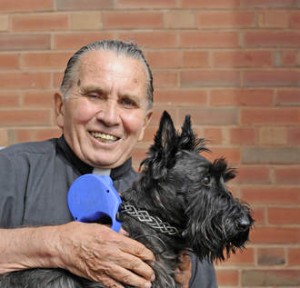 He’s a gritty old white Catholic priest who cusses like a sailor, marched with the Rev. Martin Luther King and is hailed as a “living saint” by many in his majority black Southwest Side parish.

But nine months after he was brutally beaten to within an inch of death by burglars, Father Dan Mallette and his supporters say he’s being disrespectfully nudged towards a retirement home — and out of the St. Margaret of Scotland parish where he’s fought violence and poverty for 35 years.

It’s an emotional battle that has the proud but physically frail 80-year-old priest — and supporters including Cook County Sheriff Tom Dart — squaring off against the Archdiocese and the man Cardinal Francis George last month appointed to take over at St. Margaret’s.

Mallette dismisses his successor, Father Bill O’Donnell, as “a genius at being a pain in the ass.”

Both sides say they have Mallette’s safety and best interests at heart. But the conflict has come to a head, with O’Donnell due to be officially installed Sunday as pastor at a service honoring Mallette’s retirement and new title of “Pastor Emeritus,” and the archdiocese ordering Mallette out of his church-owned home on the 9800 block of South Throop by Monday.

The archdiocese says the building is unsafe and needs to be repaired. Mallette must leave the parish for six months so that O’Donnell can establish himself, it insists.

“B——-,” says Mallette, who’s turned down offers to move to homes in Lemont and Lincoln Park, miles from the parish. He claims George previously promised him “You and your dog have a home here at St. Margaret’s for the rest of your life.”

“I love it here and I love the people,” Mallette said.