“It’s not a sin to be beautiful” 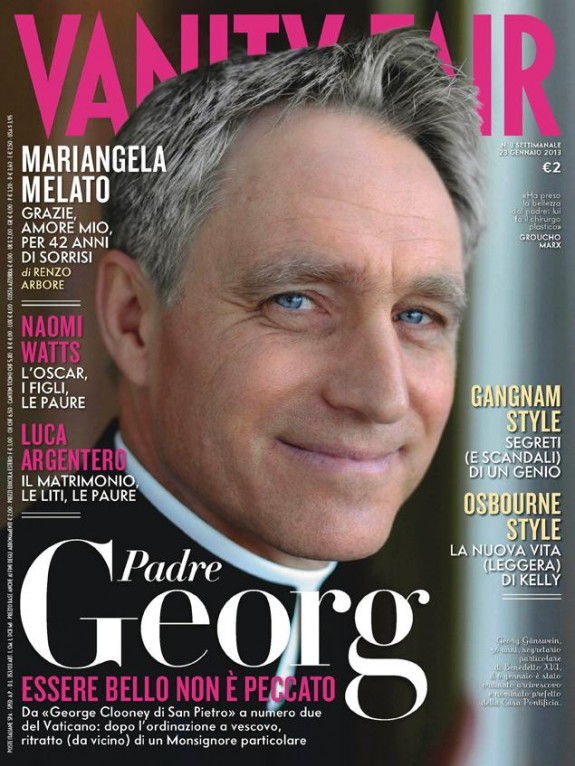 That’s evidently the translation of the headline above, trumpeting Vanity Fair’s story on the pope’s private secretary.

Archbishop Georg Ganswein, Pope Benedict’s private secretary, who has been dubbed “Gorgeous George” by the Italian media, is now a real-life cover boy.

The prelate has landed on the cover of Vanity Fair.

The cover on the Italian edition of the magazine shows the 56-year-old archbishop smiling, his blue eyes beaming, above a headline that reads “Father Georg – It’s not a sin to be beautiful.”

The magazine calls Ganswein “The George Clooney of St Peter’s” and says it dedicated a cover story to honor his recent promotion to the rank of archbishop and as recognition of his growing power in the Roman Catholic Church.<

January 15, 2013 Deja vu: the Atlantic, Scientology, and a classic letter by E.B. White
Browse Our Archives
get the latest from
Catholic
Sign up for our newsletter
Books by This Author Books by Deacon Greg Kandra