Cardinal Dolan: “The life of the church goes on”

Cardinal Dolan: “The life of the church goes on” March 3, 2013 Deacon Greg Kandra 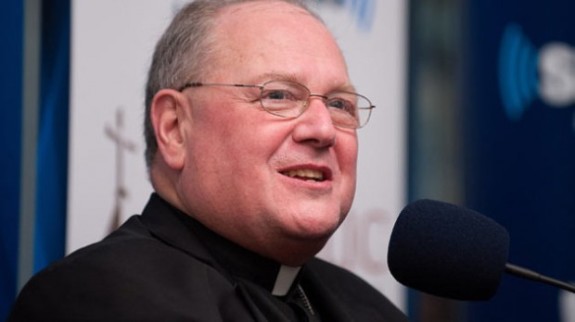 From the New York Times, some thoughts from another conclave cardinal:

Cardinal Dolan, the archbishop of New York, is a morning person — most days, he likes to get up at 5 and walk or exercise before his morning prayers — and on this last quiet day before the process of selecting a new pope begins Monday, he was raring to go — to celebrate a Mass, to start the day, to begin the conclave.

Cardinal Dolan is one of 115 cardinal-electors expected Monday morning at the Vatican’s New Synod Hall, along with dozens of retired cardinals who are invited to participate in the conversations but who cannot vote in the ensuing conclave because they are over the age of 80. The cardinals plan to meet for several days in what they call “general congregation” to get to know one another and to discuss issues facing the church globally; during their meetings, they will also pick a start date for the conclave.

Cardinal Dolan has spent the last several days meeting with other church officials, doing interviews with reporters, and taking care of more ordinary tasks — on Saturday visiting a friend in the hospital and on Sunday taking New York’s seminarians and priests in Rome to lunch. Cardinal Dolan has said, “I never like to come to Rome without saying Mass at St. Peter’s sometime during my stay,” so on Sunday that is what he did. He employed a small chapel in the basilica’s grottoes, and invited about 20 people, including the author George Weigel and members of the New York news media, to take part. Anne Thompson, an NBC News correspondent, was a reader during the liturgy.

“We’re all here to follow the extraordinary events with the departure of Benedict XVI, the election of a new successor of St. Peter,” Cardinal Dolan said. However, he said, the celebration of Mass is more significant.

March 3, 2013
Cardinal Sandri: "Women must have a more important role in the life of the Church"
Next Post

March 3, 2013 Before and after: a Texas church reborn
Browse Our Archives
get the latest from
Catholic
Sign up for our newsletter
POPULAR AT PATHEOS Catholic
1

Dark Devotional: Of High and Lowly Trees
Working in the church sometimes makes it difficult to remember what...
view all Catholic blogs
Copyright 2008-2021, Patheos. All rights reserved.