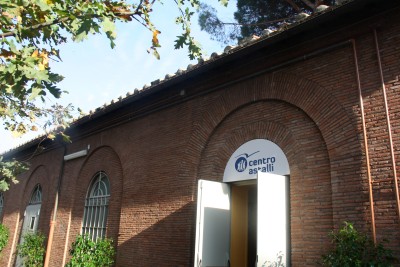 More and more, it seems, you never know if the next call you get might be from the pope.

A priest in Rome says Pope Francis personally called him to say he will visit the Astalli Center, a local facility run by the Jesuits, that helps thousands of undocumented refugees – many with tragic histories.

“Yesterday I received a call on my cell phone. It was Pope Francis and he told me he would come. This is wonderful,” Father Giovanni La Manna, head of the Jesuit Service for Refugees in Rome, posted on his Twitter account April 7.

The Astalli Center offers refugees free medical care, psychological counseling, legal advice, meals, showers, a laundromat and educational assistance. Undocumented refugees can use the services at the Center without fear of being identified and deported, due to an agreement between the Jesuits and the city of Rome.

Most the immigrants at the center are Muslims refugees fleeing from the Middle East and Africa, and the lines to use its services are often long.

April 10, 2013 The Francis Effect: lapsed Catholics lured back by new pope
Browse Our Archives
get the latest from
Catholic
Sign up for our newsletter
POPULAR AT PATHEOS Catholic
1