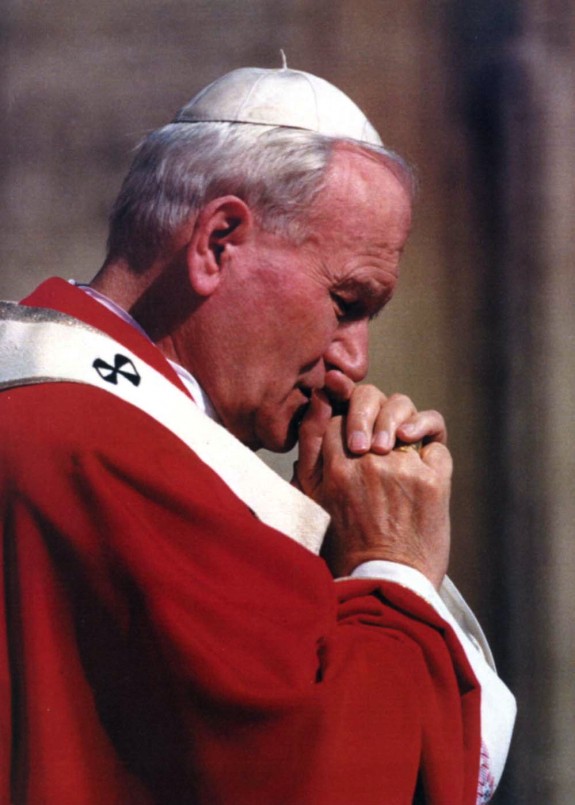 It could be coming soon:

“A saint now!” The canonisation of Wojtyla is getting closer quickly and it could be celebrated next October. In fact, in the past few days, the medical council of the Congregation for the Causes of Saints has recognized as inexplicable one healing attributed to the blessed John Paul II. A supposed “miracle” that, if it is also approved by theologians and the cardinals (as it is very likely), will bring the Polish Pope, who died in 2005, the halo of sainthood in record time, just eight years after his death.

It all happened in great secrecy, with maximum confidentiality. In January, the postulator of the cause, Mgr. Slawomir Oder, submitted a presumed miraculous healing to the Vatican Congregation for the Saints for a preliminary opinion. As it is known, after the approval of a miracle for the proclamation of a blessed, the canonical procedures include the recognition of a second miracle that must have occurred after the beatification ceremony.

Two doctors of the Vatican council had previously examined this new case, and both gave a favourable opinion. The dossier with the medical records and the testimonies was then officially presented to the Congregation, which immediately included the examination in its agenda. In the past few days it was discussed by a committee of seven doctors, the council (presided over by Dr. Patrick Polisca, Pope John Paul II’s cardiologist), Pope Benedict XVI’s personal physicians and now Pope Francis’s. The medical council also gave a favourable opinion, the first official go-ahead by the Vatican, by defining as inexplicable the healing attributed to the intercession of the blessed Karol Wojtyla.

Blessed John Paul, pray for us.