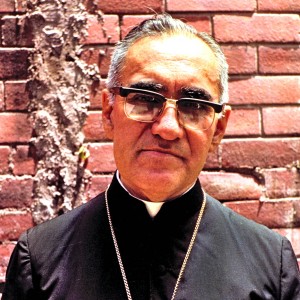 Some potentially big news on the sainthood front, from John Allen:

A Vatican official responsible for the sainthood cause of Archbishop Oscar Romero of El Salvador announced Sunday that the cause has been “unblocked” by Pope Francis, suggesting that beatification of the assassinated prelate could come swiftly.

Archbishop Vincenzo Paglia spoke Sunday in the Italian city of Molfetta at a Mass honoring the 20th anniversary of the death of Bishop Antonio “Tonino” Bello, known as one of Italy’s premier “peace bishops.”

In addition to being the president of the Vatican’s Pontifical Council for the Family, Paglia also serves as the postulator for Romero’s sainthood cause.

April 22, 2013
Vatican: "There is a move toward putting more women in key roles"
Next Post