An followup on a story I posted over the weekend:

A California Catholic school teacher fired for allegedly posing a safety risk because she was a victim of domestic violence has received a new job offer in a different city, KNSD-TV reported on Monday. 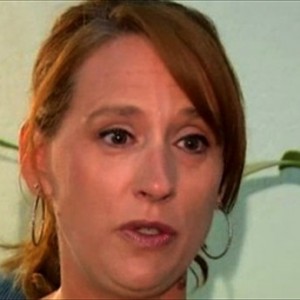 Carie Charlesworth told the station that an anonymous school official at a private institution in the Los Angeles area offered her a position after watching reports about Charlesworth being placed on indefinite leave from her position at Holy Trinity School in El Cajon, California.

“It’s good to know that people generally care about other people,” Charlesworth told KNSD on Monday.

The San Diego Diocese, which supervises the school, barred Charlesworth from teaching at any diocesan school in the area after Holy Trinity was placed on lockdown when her estranged husband showed up in the parking lot in January. Charlesworth’s four children were also taken out of the school. The school learned about his behavior after she took a leave of absence around that time. The husband is scheduled to be released from jail in late June 2013.

A group of about 30 parents rallied in support of Holy Trinity’s decision on June 13 after Charlesworth went public with her situation.

“Decisions had to be made that would protect all of our kids, her kids included,” one of the parents, Jennifer Grubbs, told the station. “Those were hard decisions and our principal and the Diocese had to do the best they could. And they did.”

June 19, 2013 Is One of the World's Greatest Churches About to Become a Mosque?
Browse Our Archives
Related posts from The Deacon's Bench

Stranger Prayers
It was back in 1959 when I had my first real mystical...
view all Catholic blogs
Copyright 2008-2021, Patheos. All rights reserved.
Close Ad