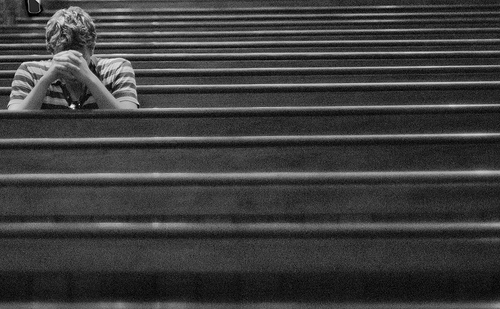 Clergy are often relied upon to guide others through difficult times, but a new study has found that the very nature of their work could put them at greater risk of developing depression and anxiety themselves.

Researchers from the Clergy Health Initiative at Duke Divinity School interviewed over 1,700 United Methodist pastors by phone and through online surveys, and found that the instances of depression were 8.7 percent and 11.1 percent, respectively, compared to the average national rate of 5.5 percent.

“It’s concerning that such a high percentage of clergy may be depressed while they are trying to inspire congregations, lead communities and social change ventures, even just trying to do counseling of their own parishioners,” said Rae Jean Proeschold-Bell, the Clergy Health Initiative’s research director. “These are responsibilities that you would really want a mentally healthy person be engaged in, and yet it may be the challenges of those responsibilities that might be driving these high rates of depression.”

Other occupations that involve a strong focus on providing care for others, such as those in nursing and social work fields, have also been tied to above-average rates of depression.

According to Proeschold-Bell, several factors are at work that make clergy more vulnerable to depression and anxiety. For one thing, pastors feel they’ve been called to their work by God and can perceive the stakes of their job as higher than other occupations as a result.

“If I have a bad day doing research, I can go home and relax and start again tomorrow,” said Proeschold-Bell. “A clergy person goes home after a long and hard day and they are questioning themselves: ‘Did I take the right course of action? Did I do what God wanted me to do?'”

In any given week, clergy are also likely to experience many more emotional highs and lows than the average person.

“They’re literally holding the weddings and the funerals,” said Proeschold-Bell.

August 28, 2013
Rape victim consoled by phone call from Pope Francis: "Now I know that I am not alone..."
Next Post

August 29, 2013 Pope on Syria: "Dialogue and negotiation is the only option"
Browse Our Archives
Follow Us!

Liberal & Conservative Pro-Life Outlooks: A Dialogue
This exchange took place on my Facebook page, on 1-17-20. Words of...
view all Catholic blogs
Copyright 2008-2017, Patheos. All rights reserved.