The problem of instant canonizations at Catholic funerals 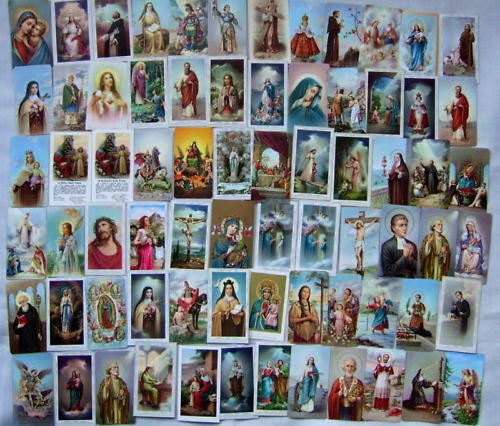 This is a common problem in the preaching at Catholic funerals, and something every priest and deacon should be wary of. This writer nails it:

Laura’s funeral Mass was beautiful—that is, up until the homily. It was then that things took a turn for the weird. After speaking a few words about God’s love, the priest slowly stepped away from the lectern, spread his arms wide, and said “We are gathered here to celebrate the life of Laura.” As a former Evangelical Christian, I was used to hearing the “let’s celebrate the life of so-and-so” openings at funerals. It was what happened next that immediately snapped me to attention. Instead of remaining near the lectern, Father stepped down into the aisle, walked over to the front pew, leaned into the bereaving parents, and (with his microphone on) began to tell them in soft tones that this is not a time to be sad, but instead to rejoice that Laura is now free from suffering and is enjoying her new life in heaven. He then rose from his half-bent position and spoke directly to the assembly using a Pentecostal-preacher-style voice saying, “Yes, she is in heaven looking down on all of us gathered here.”

My eyes widened to the size of saucers. I think I visibly cringed. What? She’s in heaven looking down on all of us? I couldn’t believe my ears. While I hadn’t been Catholic that long, I knew what he just said amounted to the canonization of Laura. From the body language of the people around me, no one appeared bothered by his statement. I was the only one shifting uncomfortably around in my seat, mouth open, with a few eye rolls here and there. My immediate thought was, had this suburban Catholic parish been invaded by Calvary Chapel?

As the Mass continued, I was thinking how crazy this was. Even I, the newbie Catholic, knew that the heart of the funeral is to offer the holy sacrifice of the Mass for the repose of the soul of the departed.

Some people might say, “Don’t be so hard on the priest. When he talks about a loved one being in heaven he is just trying to comfort and console the grieving. He’s being pastoral. He just wants to make the family feel good.” I’m sure the priest at Laura’s funeral had good intentions. He probably thought by elevating Laura to the high altar of sainthood he was showing great love and compassion to the grieving assembly. But, in reality, what he did was really quite cruel.

August 2, 2013
Now standard in every Fiat: an Italian family
Next Post