From John Allen at NCR:

Although the big Vatican story in the English-speaking media today is based on comments by Archbishop Pietro Parolin, the new Secretary of State, on celibacy and democracy, attention in Italy is focused instead on the latest sensation from Pope Francis himself: a personal letter to a renowned journalist and nonbeliever, splashed across the front page of La Repubblica, the country’s most widely read daily.

In the letter, Francis makes three points that have all been said before, including by popes, but rarely with such clarity or in this kind of venue:

Popes have engaged in exchanges with journalists before, including John Paul II’s interview book with Vittorio Messori, Crossing the Threshold of Hope, in 1994, and Benedict XVI’s conversation with Peter Seewald that became 2010’s Light of the World.

This is apparently the first time, however, that a pope has personally responded to questions put to him in two newspaper editorials. Eugenio Scalfari, one of the founders of La Repubblica, penned the essays in early July and again in early August, musing about questions he’d like to ask Pope Francis if he ever had the chance. 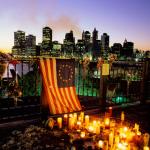 September 11, 2013
“To be a Christian is to forgive the inexcusable, because God has forgiven it in us…”
Next Post

September 12, 2013 Cardinal urges more sensitivity in preaching on homosexuality
Browse Our Archives
get the latest from
Catholic
Sign up for our newsletter
POPULAR AT PATHEOS Catholic
1