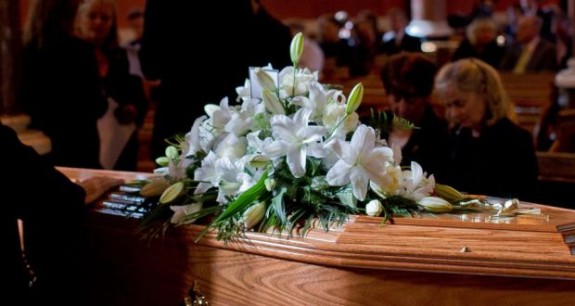 From the Irish Times:

Poet Seamus Heaney was remembered at his funeral Mass in Dublin today as a man who treated all people equally with a “common and shared humanity”.

Widely regarded as the greatest Irish poet since WB Yeats, the Nobel laureate died in hospital in Dublin on Friday following a short illness. He was 74.

After his funeral Mass at the Church of the Sacred Heart in Donnybrook, he will be laid to rest at Bellaghy Cemetery in Co Derry.

Hundreds of people, including many from the world of art, politics and entertainment, were in attendance.

The chief celebrant was Heaney family friend MonsignorBrendan Devlin from Derry, while the co-celebrants are Auxiliary Bishop of Dublin Eamonn Walsh, Church of IrelandArchbishop of Dublin Michael Jackson and Mark Patrick Hederman from Glenstal Abbey.

Fr Devlin described Heaney as a man who could speak to the King of Sweden, an Oxford Don and a neighbour from south Derry with the directness of a “common and shared humanity”.

As a country, “we are keenly aware of our deprivation at the disappearance from among us of Seamus Heaney”, he said.

Fr Devlin quipped : “I think he might have liked his funeral Mass to be celebrated in a Northern Ireland accent.”…

…Michael Heaney, one of the poet’s sons, spoke briefly to thank those who cared for his father and those who have offered support and praise since his death. He revealed that his father had sent a text message to his mother, Marie, last Friday. “His last few words in a text message minutes before he passed away in his favourite Latin were ‘nolle timere’ (’don’t be afraid’),” he said.

A posy of flowers from the garden of the Heaney family home in Sandymount and a book of some of the poet’s works were offered as gifts during the service.

Mourners were led by his widow Marie and children Michael, Christopher and Catherine Ann…

… At the removal service last night, prayers were led by Archbishop Diarmuid Martin. “Seamus Heaney was a great man, yet always a man of kindness and humility and a seeker of what is deepest in our common humanity,” he told the congregation. “Greatness and graciousness belonged together in him.”

The homily was given by Fr Kevin Doran. “It strikes me that the hermit and the poet probably have much in common: the need for solitude; the deep-down awareness of things and the self-discipline to spend hours in contemplation,” he said.

September 1, 2013
Nuns disappearing from the Catholic school system
Next Post

September 2, 2013 "I'm a vessel that God's going to use": A Chicago priest returns from serving in Afghanistan
Browse Our Archives
get the latest from
Catholic
Sign up for our newsletter
POPULAR AT PATHEOS Catholic
1