Two popes, one mother and the rosary 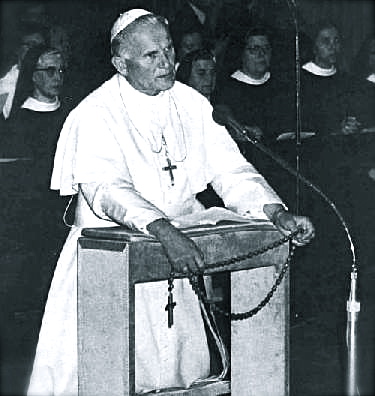 In 2005, the monthly magazine 30 Days invited 20 cardinals from around the world to share their remembrances of the just-deceased Pope John Paul II.

If I remember well it was 1985. One evening I went to recite the Holy Rosary that was being led by the Holy Father. He was in front of everybody, on his knees. The group was numerous; I saw the Holy Father from the back and, little by little, I got lost in prayer. I was not alone: I was praying in the middle of the people of God to which I and all those there belonged, led by our Pastor.

In the middle of the prayer I became distracted, looking at the figure of the Pope: his pity, his devotion was a witness. And the time drifted away, and I began to imagine the young priest, the seminarian, the poet, the worker, the child from Wadowice… in the same position in which knelt at that moment, reciting Ave Maria after Ave Maria. His witness struck me. I felt that this man, chosen to lead the Church, was following a path up to his Mother in the sky, a path set out on from his childhood. And I became aware of the density of the words of the Mother of Guadalupe to Saint Juan Diego: “Don’t be afraid, am I not perhaps your mother?”. I understood the presence of Mary in the life of the Pope.

That testimony did not get forgotten in an instant. From that time on I recite the fifteen mysteries of the Rosary every day.

Read more.  And today, the Memorial of Our Lady of the Rosary, break out the beads. 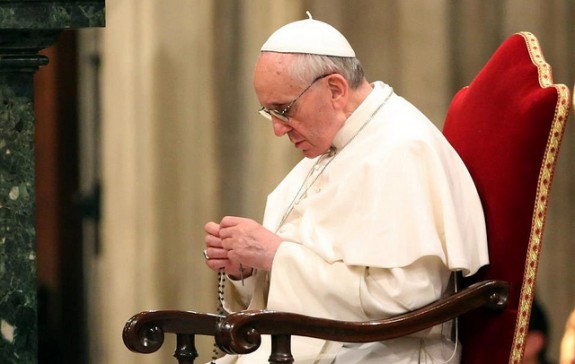 October 7, 2013
What does it mean to be a "Catholic" university?—UPDATED
Next Post

October 7, 2013 Poll: most Catholics who attend Mass weekly support gay marriage, women priests
Browse Our Archives
get the latest from
Catholic
Sign up for our newsletter
POPULAR AT PATHEOS Catholic
1

To a Baby, "Abortion" vs. "Infanticide" is Hair-Splitting...
Topic change, but hardly a breather.  After a long hiatus from online...
view all Catholic blogs
Copyright 2008-2020, Patheos. All rights reserved.