What does it mean to be a “Catholic” university?—UPDATED

What does it mean to be a “Catholic” university?—UPDATED October 7, 2013 Deacon Greg Kandra 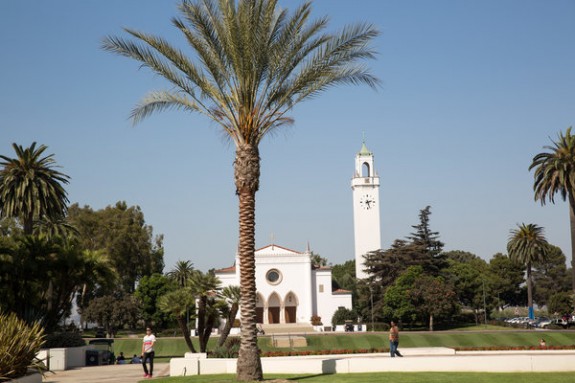 A prominent school in Los Angeles is wrestling with that very question.  From the New York Times:

On the campus of Loyola Marymount University, overlooking this city’s west side, a fight over abortion now threatens to rip the school asunder.

Trustees of the Jesuit university will decide on Monday whether to remove coverage for elective abortions from the faculty and staff health care plans. The coming vote has exposed a deep rift over just how Catholic a Catholic university should be in the 21st century — and how to maintain that distinctive Catholic identity amid growing diversity on campus.

Religiously conservative professors and alumni argue that as the proportion of Catholics on campus — in the student body and on the faculty — has fallen in recent years, the university has lost touch with its Catholic identity. They have leaned hard on university officials to re-establish a more prominent role for Catholic doctrine at the university, starting with eliminating insurance coverage for abortions.

But the potential end of abortion coverage has sent a collective shiver through much of the faculty, who fear that it could also signal the end of an era in which non-Catholics have been wholeheartedly welcomed by the university and professors have enjoyed the academic freedom to teach theories that do not necessarily accord with Catholic doctrine.

Both sides, however, have come to view Monday’s vote as symbolic of a battle for the university’s soul.

“Loyola Marymount has always represented tolerance, diversity and a welcoming atmosphere where we can exchange ideas openly,” said Laurie Levenson, a professor at the law school. “If this represents a shift in what it means for Loyola to be a Catholic university, and being a Catholic university now means exclusion, I think Loyola would lose something very special. It could dramatically change who’s attracted to the university and what faculty want to be involved.”

Christopher Kaczor, a philosophy professor who described himself as a “faithful Catholic,” agreed that it was potentially a turning point in the university’s history.

“Part of the university’s mission is to promote justice,” Professor Kaczor said. “And in the Catholic tradition, abortion is considered a justice issue. So to say the university supports justice and then also pay for abortions is a contradiction.”

Loyola Marymount is hardly the only Catholic university wrestling with questions about its religious identity.

Across the country, the percentage of faculty members who are Catholic has been dropping for years, as nearly a third of Americans raised Catholic have left the church, prompting some colleges to aggressively recruit Catholic professors.

At Notre Dame in 2009, protests over President Obama’s appearance on campus, because of his support for abortion rights, led to more than a dozen arrests. Boston College, meanwhile, tried to ban students from distributing free condoms in dorms this year.

October 6, 2013
"You can make a difference": a terrific stewardship video
Next Post

October 7, 2013 Two popes, one mother and the rosary
Browse Our Archives
get the latest from
Catholic
Sign up for our newsletter
POPULAR AT PATHEOS Catholic
1