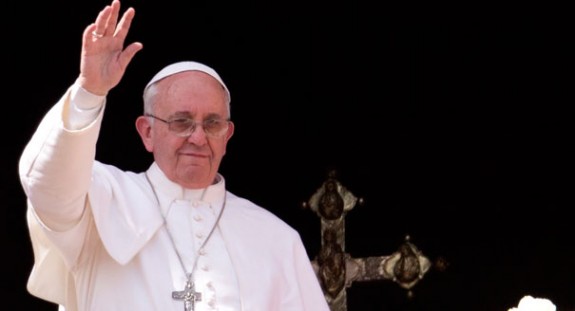 “Yes, it’s true. I received the telephone call by the Pope. It happened two weeks ago, November 1st, All Saints. But I naturally kept it to myself. No one was supposed to have known it, it was a conversation of an absolutely private nature. But considering that the [news] agencies have mentioned it…”

Mario Palmaro, the Italian traditional Catholic writer and journalist who has authored many books and articles together with his friend Alessandro Gnocchi (many of which have been posted in translation here on Rorate) told Italian daily Libero about the fact. In September and October, after a very critical article published in Il Foglio, Palmaro and Gnocchi were summarily fired by Catholic broadcaster Radio Maria after several years of work in the station.

The phone call, Libero describes, was first reported by Traditionalist website Papale Papale with no mentioned names, and then by VinoNuovo, which mentioned Palmaro, who is currently very ill, by name.

Palmaro’s declarations to Libero on the matter are all mentioned below:

“It bothers me that the news has been made public, and if it had been up to me, and Alessandro, to whom I revealed it immediately, it would never have been known. Also because the Pontiff obviously had no intention that his gesture be made public, as well as the contents of our conversation”.

“Pope Francis told me that he was very close to me, having learned of my health condition, of my grave illness, and I clearly noticed his deep empathy, the attention for a person as such, beyond ideas and opinions, while I live through a time of trial and suffering.”

“I was astonished, amazed, above all moved: for me, as a Catholic, that which I was experiencing was one of the most beautiful experiences in my life. But I felt the duty to remind the Pope that I, together wih Gnocchi, had expressed specific criticisms regarding his work, while I renewed my total fidelity [to him] as a son of the Church. The Pope almost did not let me finish the sentence, saying that he had understood that those criticisms had been made with love, and how important it had been for him to receive them.” [These words] “comforted me greatly.”

November 18, 2013
Shelter in the storm: Filipinos turn to Catholic Church to cope with typhoon
Next Post

November 18, 2013 Pope Francis: "Many people make human sacrifices and there are laws that protect them..."
Browse Our Archives
get the latest from
Catholic
Sign up for our newsletter
POPULAR AT PATHEOS Catholic
1