And now the “Les Mis Mass” 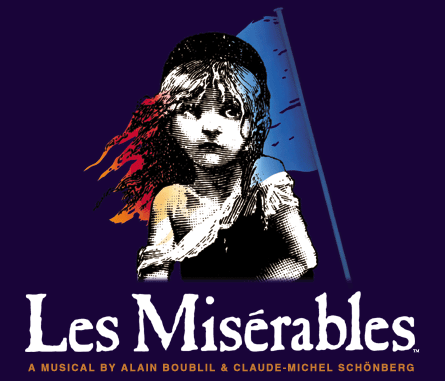 From our Church of England siblings in the Diocese of York in the U.K. comes this press release:

A communion service set to the music of Les Miserables will be held at York Minster at 7.30pm on Sunday 19th January. Led by Transcendence, a team which holds a regular Multimedia Eucharist at York Minster, this service will feature prayers and hymns set to the tunes from the famous musical.

The Revd Sue Wallace, who will be preaching at the service, helped found Transcendence with the Revd Jeremy Fletcher and a group from the Visions multimedia arts collective. Sue was a vicar in York from 2006 to 2010, and will soon be leaving her post at Leeds Minster to become Canon Precentor at Winchester Cathedral.

Sue said, “When the film of Les Miserables came out, the Transcendence team were planning a service at the Greenbelt Christian arts festival, and we wondered what would happen if we took Les Mis and did a Mass based upon it. It was one of those ideas that seemed silly at first, but we soon realised that the themes in Les Mis, of freedom, redemption and sacrifice, fit in with what we celebrate at a normal communion service. In the same way that Bishop Myriel forgave Jean Valjean for stealing his silverware and buys him a new life, and Jean Valjean sacrifices his freedom to save a trapped man, we remember how Jesus sacrificed himself for us, forgives us our sins and invites us into a new life with him.

“We held the service at Greenbelt last summer with 400 people at the service: the venue was so full that a queue of 300 more people had to be turned away. It seemed to strike a chord with the people coming so we thought it would be good to give people in York the opportunity of experiencing it too.

“People may think it’s odd to use a musical in a church, but the church has always used the artistic tools of the culture to help explain the gospel. People complained when Bach first did the Saint John Passion!

“I have to admit that I’d not heard Les Mis until the film came out last year, but I loved the way that the familiarity of the tunes from the musical drew everyone into the worship. This is why we’re giving everyone the chance to have a singing practice, at 6.15pm, before the service. Anyone who loves Les Mis, or is curious about the service is very welcome to come.”

To be honest, I signed up to review it not really knowing what to expect. I went with an attitude of“well, I like Les Mis and I like communion, so what could go wrong?”, and only minutes before it began discovered a little more detail about the format. This was no Les Mis singalong, the mass was a thoughtful re-interpretation of the traditional sung eucharist, using tunes and themes familiar from the musical.

Les Mis is well-suited to such a setting. The themes of forgiveness, redemption and salvation sit well with the similar themes of the eucharist. If you’re a fan of a sung eucharistic setting, then you can’t do much better than the music of Boubil & Schönberg. (Well, with the exception of Bach, Mozart, Handel…)

…Despite the crowds, the temperature, the fact that it was 9.30pm and I was existing on little sleep and low blood sugar levels, I was surprised at how quickly I found myself in a worshipful state of mind. That says a lot for the way in which the service was conducted. It was dramatic, but no more so than worship in a high church context. The singing didn’t feel that much different than singing a regular sung eucharist (in fact, at one point the regular sung responses were used), although sometimes the lyrics were a tight fit to the tunes and occasionally it wasn’t entirely clear what the congregation was meant to be doing (the obscured screens didn’t help). The team could possibly have done with a more confident vocalist leading the congregation, but singing skills aren’t always the most important aspect of leading a eucharistic service.

For me, the fact that we sang familiar words to familiar tunes (tunes which have always had the ability to tug at my heartstrings) made it all the more meaningful, but I wasn’t entirely convinced by the meditation on a pipe cleaner man section. To be honest, given the amount of connection between the readings (Job 33:23-25 & Luke 18:9-17) and Hugo’s text, I’d have preferred something that linked them all together. But the idea of manipulating pipe cleaners is at least one to file for future reference. Oh, and the team missed a trick by not using baguettes as the bread element – baguette and vin rouge would have been genius!

January 21, 2014
Speaking of flash mobs: check out nature's own
Next Post