Or maybe a variation of “Modern Family”?

From Hollywood comes this news: 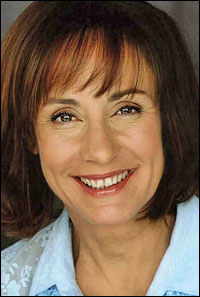 Comedy veteran Laurie Metcalf is set to star opposite Jack McGee and Joey McIntyre in CBS’ new pilot for half-hour The McCarthys, from Sony TV and Will Gluck’s Olive Bridge Entertainment….

Written/co-executive produced by Brian Gallivan, The McCarthys revolves around a big Irish Catholic, sports-crazed Boston clan and the gay son whose greatest sin is not his sexuality but his desire to spend less time with his family.

Metcalf will play the clan’s loving mother Marjorie McCarthy, who has no filter and loves having her gay son keep her company when her husband (McGee) and other kids are off coaching basketball games.

I’m sure it will be done with impeccable taste.

January 2, 2014
How NOT to take Communion to the homebound—UPDATED
Next Post

January 2, 2014 "You're gonna miss me when I'm gone..."
Browse Our Archives
get the latest from
Catholic
Sign up for our newsletter
Books by This Author Books by Deacon Greg Kandra