“The pope seems to chide those who use the Internet to make statements but refuse to accept comments…” January 24, 2014 Deacon Greg Kandra 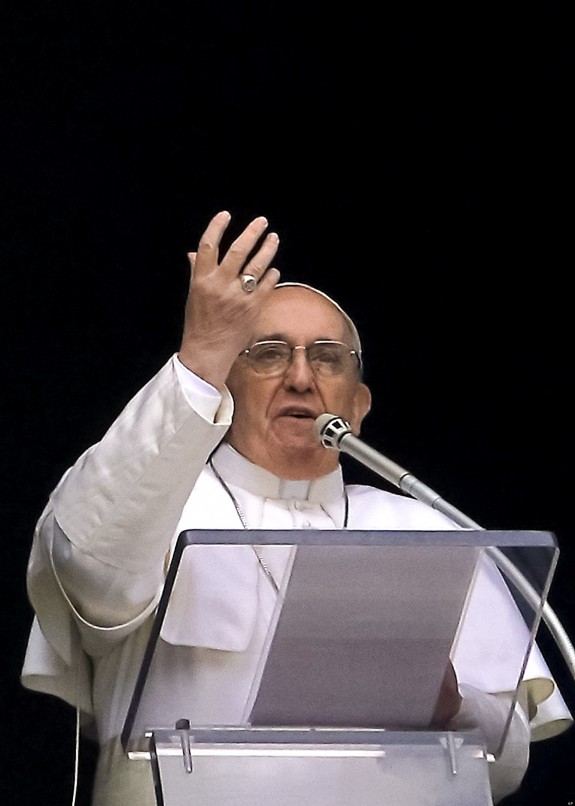 Yesterday, Sister Mary Ann Walsh of the USCCB took a closer look at the pope’s message for World Communications Day:

Toughen up, people! That seems to be one theme from Pope Francis in his annual Message for World Communications Day, which will be observed June 1, 2014.

Pope Francis repeats his call that Christians must be out on the streets, even if they get dirty. He wants his leaders to be so in touch with their people that, as he’s said before, they “smell like the sheep.”

Says the pope: “If a choice has to be made between a bruised Church which goes out to the streets and a Church suffering from self-absorption, I certainly prefer the first.” This time the message is in reference to the world of digital communications.

The pope seems to chide those who use the Internet to make statements but refuse to accept comments. “Keeping the doors of our churches open also means keeping them open in the digital environment so that people, whatever their situation in life, can enter, and so that the church is the home to all.”

The Internet world is not for the faint of heart. Church representatives can take a lot of heat when they engage it. Anonymous people use it to vent on whatever piece of church teaching bothers them, for example. They use language and images not learned at mother’s knee. Anonymity lets someone angry about divorce take potshots at people who address religious beliefs. Irate Internet groups can gang up to fill someone’s mailbox with the repeated message: change church teaching. Such actions are off-putting and unfair. However, they also are part of life on the gritty streets, where Pope Francis calls his followers to be.

With all due respect: the pope was calling on us to smell like sheep. He wasn’t telling us to be covered in crap.

And very often, in comboxes around the Catholic blogosphere, that is what happens.

Almost two years ago, I shut down comments on this blog for several reasons:

Increasingly, I think my job—and the job of any Catholic communicator—is to offer what my friend Elizabeth Scalia has described as “charity and clarity.” We Catholic writers and editors should not be providing a forum for bigotry and hate. That includes the comboxes.

I explored some of this in my Examination of Conscience for the Internet. I also endorsed the decision of NCR to close comments. I knew exactly why they made that move:

I’ve learned a few things over the last six-and-a-half years of blogging. And one important lesson is this: if you’re creating an environment in which stones are being hurled, nails are being pounded and swords are being continually unsheathed, you are setting up a situation that will inflict wounds on the Body of Christ. The blogosphere shouldn’t be Calvary.  And to foster an online community that is divisive, hateful, disrespectful, and cruel is to create a platform that is by nature anti-Christian, anti-God and anti-life.  I just couldn’t do that anymore. Some people can. I can’t.

Bishop Christopher Coyne spoke about this subject—quite compellingly,I thought— a couple years ago,  when he addressed the Catholic Press Association in Indianapolis.

More recently, the Great Communicator himself, Pope Francis, encouraged use of the Internet as a place to offer “real reason for hope.”  And his message for World Communications Day concludes with an affirmation of hope that puts it better than I ever could:

May the image of the Good Samaritan who tended to the wounds of the injured man by pouring oil and wine over them be our inspiration. Let our communication be a balm which relieves pain and a fine wine which gladdens hearts. May the light we bring to others not be the result of cosmetics or special effects, but rather of our being loving and merciful “neighbours” to those wounded and left on the side of the road. Let us boldly become citizens of the digital world. The Church needs to be concerned for, and present in, the world of communication, in order to dialogue with people today and to help them encounter Christ. She needs to be a Church at the side of others, capable of accompanying everyone along the way. The revolution taking place in communications media and in information technologies represents a great and thrilling challenge; may we respond to that challenge with fresh energy and imagination as we seek to share with others the beauty of God.

January 24, 2014 NY Times editor wonders why there was so little coverage of the March for Life
Browse Our Archives
get the latest from
Catholic
Sign up for our newsletter
POPULAR AT PATHEOS Catholic
1

Coming Out as "Liberal"
When I was preparing to blog again for Patheos, I remembered one...
view all Catholic blogs
Copyright 2008-2020, Patheos. All rights reserved.