What is Pope Francis really up to?

What is Pope Francis really up to? February 25, 2014 Deacon Greg Kandra 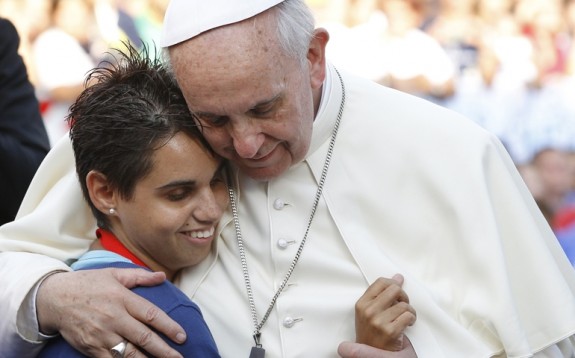 Over at The Jesuit Post, Jeremy Zipple, SJ took an informal poll:

I resolved to poll every non-Western member of my community regarding the most urgent problems confronting the church in his home country. I polled them all – Japanese, Indonesian, Singaporean, Nigerian, Kenyan, Chilean, Brazilian, Tanzanian, Turkish, Mexican, Syrian, Rwandan, Filipino. Poverty made the top #1 or #2 of all but three lists. Other top vote-getters among the Africans included: tribal tensions, HIV/AIDS, reconciliation after genocide, the rise of an aggressive form of evangelical Protestantism. Central and South Americans often mentioned evangelicals, drugs, and lack of educational opportunities. Many of the Asians mentioned poverty, too, as well as interreligious issues, i.e., the challenges of co-existing in multi-religious societies in which Catholic Christians were minorities. Clericalism and lay-cleric tensions were mentioned by nearly everyone I talked to…

… What I’ve begun to suspect, especially after these conversations with the international Jesuits of my community, is that maybe Francis is up to something else. Could it be that when he steers clear of contraception and instead focuses on the plight of migrants, his primary intent isn’t bridging ideological divides in the West but addressing the most pressing issues that daily confront the great mass of the world’s 1.3 billion Catholics? Could it be that he prioritizes Catholics dying of poverty in Madagascar over an American battle over healthcare?

Maybe this is what happens when you elect a Pope from the global South: the North’s issues get downgraded. Benedict XVI is a European who staked his papacy on saving western Christianity – the New Evangelization. Perhaps the first Pope from the South, 69% of whose constituents, like him, hail from outside North America and Europe, is intentionally putting the agenda of the global south in the driver’s seat and saying to the rest of us: climb aboard.

There’s much more at the link, providing ample and challenging food for thought. Check it out.

And if you haven’t visited yet, drop by The Jesuit Post on Patheos. Great stuff!

February 25, 2014 Ukraine's new leader: "He is well-known as a preacher at one of the Baptist churches in Kiev"
Browse Our Archives
get the latest from
Catholic
Sign up for our newsletter
POPULAR AT PATHEOS Catholic
1