Archbishop Nienstedt cleared, will not be charged 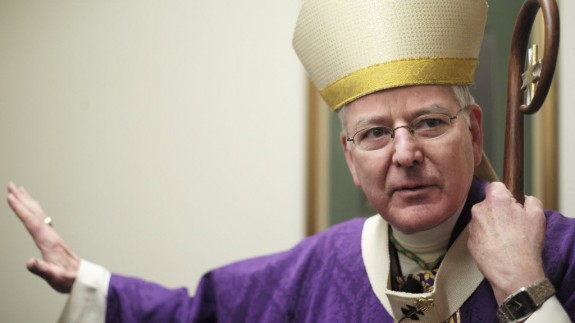 Details from The Minneapolis Star-Tribune:

Archbishop John Nienstedt will return to full duties in the Catholic Church after the Ramsey County attorney’s office found insufficient evidence to support what it called an “unlikely” allegation that he touched a boy’s buttocks after a confirmation ceremony in 2009.

The office began reviewing reports and evidence provided by police in late December and on Tuesday announced that the investigation didn’t support the filing of criminal charges.

Assistant Ramsey County Attorney Richard Dusterhoft, the office’s criminal division director, said in a memo that the scenario described in the allegation “seems unlikely.” The allegation accused the archbishop of using a public moment after the confirmation to “sexually touch a random boy openly in front of another clergy member, a deacon, and numerous other confirmands while the confirmands’ family members were preparing to document the moment’’ with photos, Dusterhoft wrote.

“This case was reviewed by an assistant county attorney with many years of experience prosecuting child sex abuse cases,” Dusterhoft’s memo said. “It is that attorney’s experienced and considered opinion that based upon the evidence as presented by police this case could not be proven beyond a reasonable doubt and should not be charged.”

March 12, 2014
Even the media are feeling "The Francis Effect"
Next Post 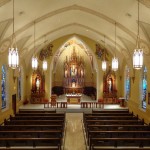 March 12, 2014 "Whoa!": church renovation in Madison, Wisconsin
Browse Our Archives
get the latest from
Catholic
Sign up for our newsletter
POPULAR AT PATHEOS Catholic
1