Hot on the heels of a similar move in Cincinnati, Honolulu is updating its teacher contract.  Details:

The Hawaii Catholic schools office, which supervises three dozen Roman Catholic private schools in the state, has just approved a new contract that says teachers can be fired if they engage in homosexual activity or marry someone of the same sex. The contract goes on to list a wide array of actions and behaviors that would justify termination. 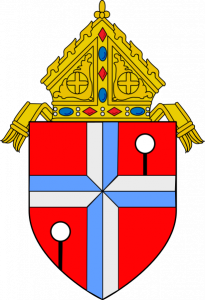 Among the other acts that could justify firing, according to the contract, are abortion, in vitro fertilization or “unmarried cohabitation.”

“The school expressly reserves the right to terminate the employment of any Teacher, who by word or example, denies the teachings or authority of the Church, or whose personal life or conduct is, based on Catholic teaching, immoral,” says a portion of the contract that was obtained by Civil Beat.

The contract, which is called the “Standard Teacher Employment Agreement,” is for full- and part-time teachers who must sign every year they work.

The contract explicitly says that “homosexual activity” and “same sex unions” are not permitted.

The contract is slated to go into effect for the 2014-15 school year.

Schools have not yet distributed the contracts to teachers, but the documents will apply to all teachers working in parochial schools operated by the Diocese of Honolulu, which covers the entire state. A few private Catholic schools are not parochial schools.

Michael Rockers, the superintendent of all Hawaii Roman Catholic schools, said the written provision is new but that the expectations outlined in it are not.

Rockers said Catholic schools are “ministries” where administrators have “the right and responsibility to … support our teachers in their ministerial responsibilities as defined by Catholic doctrine.”

March 28, 2014
Pope to confessors: "The heart of a priest is a heart that knows how to be moved"
Next Post

March 28, 2014 The Economist: the changing Catholic Church in America
Browse Our Archives
get the latest from
Catholic
Sign up for our newsletter
POPULAR AT PATHEOS Catholic
1