Who’s the most powerful Catholic in America?

According to USA TODAY, it’s this guy: 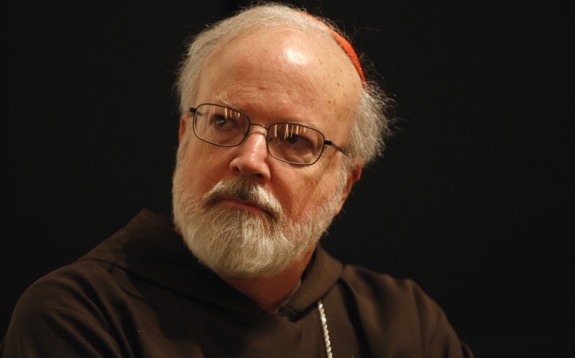 If you were to see Cardinal Seán Patrick O’Malley walking around in his characteristic brown smock, with a small ego but a big laugh, you might not even realize that he is the single most important American prelate. As one of the eight cardinals Pope Francis famously selected to advise him in April 2013, and the only one from the United States, O’Malley has the ear of the pope.

As Francis stirs a worldwide resurgence of interest in the Catholic Church, it’s worth noting that American Catholics have a pastoral cardinal of their own who’s shifting views of the church. Yesterday, Pope Francis named O’Malley one of eight members in the new Vatican anti-abuse commission confronting child sex abuse scandals. He is the lone American on the commission.

Many people who know him refer to him as “Francis before there was Francis.” What they mean is, Cardinal O’Malley is the quintessential embodiment of a Francis bishop — a religious leader whose priority is being of the people.

“He’s a powerful person who uses power sparingly,” says John Carr, director of the Initiative on Catholic Social Thought and Public Life at Georgetown University. Carr worked with O’Malley in the 1980s in the Archdiocese of Washington D.C., and remained in contact with him while serving on the United States Conference of Catholic Bishops for more than two decades. “He doesn’t throw his authority or his access to the Holy Father around at all.”

On top of that, he’s beloved and respected by his brother bishops. “I think he’s by far the most popular American cardinal,” says Christopher Hale, who works for Catholics in Alliance for the Common Good. “His support transcends ideology. Both conservatives and liberals seem to really love him.”

While O’Malley’s life is marked by praise, he is not without criticism. He recently had a female Lutheran minister anoint him in a sign of ecumenism, which received backlash as a “farcical ritual” by the far right. He was also criticized when he participated in Senator Ted Kennedy’s funeral, because of Kennedy’s pro-choice stance.

“Our ability to change people’s hearts and help them to grasp the dignity of each and every life, from the first moment of conception to the last moment of natural death, is directly related to our ability to increase love and unity in the church, for our proclamation of the truth is hindered when we are divided and fighting with each other,” he wrote as part of a longer statement defending his actions.

March 23, 2014
"There is an old guard at the Vatican, and they've lost control of the papacy"
Next Post

God commands us to love
The first batch of beer I ever brewed was in the home...
view all Catholic blogs
Copyright 2008-2017, Patheos. All rights reserved.