It was 20 years ago yesterday… 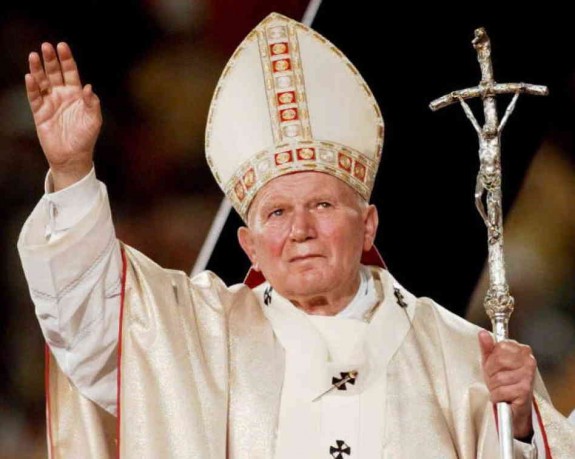 The presence and the role of women in the life and mission of the Church, although not linked to the ministerial priesthood, remain absolutely necessary and irreplaceable. As the Declaration Inter Insigniores points out, “the Church desires that Christian women should become fully aware of the greatness of their mission: today their role is of capital importance both for the renewal and humanization of society and for the rediscovery by believers of the true face of the Church.”

The New Testament and the whole history of the Church give ample evidence of the presence in the Church of women, true disciples, witnesses to Christ in the family and in society, as well as in total consecration to the service of God and of the Gospel. “By defending the dignity of women and their vocation, the Church has shown honor and gratitude for those women who-faithful to the Gospel-have shared in every age in the apostolic mission of the whole People of God. They are the holy martyrs, virgins and mothers of families, who bravely bore witness to their faith and passed on the Church’s faith and tradition by bringing up their children in the spirit of the Gospel.”

Moreover, it is to the holiness of the faithful that the hierarchical structure of the Church is totally ordered. For this reason, the Declaration Inter Insigniores recalls: “the only better gift, which can and must be desired, is love (cf. 1 Cor 12 and 13). The greatest in the Kingdom of Heaven are not the ministers but the saints.”

4. Although the teaching that priestly ordination is to be reserved to men alone has been preserved by the constant and universal Tradition of the Church and firmly taught by the Magisterium in its more recent documents, at the present time in some places it is nonetheless considered still open to debate, or the Church’s judgment that women are not to be admitted to ordination is considered to have a merely disciplinary force.

May 23, 2014
Rep. Rebecca Hamilton says goodbye to all that
Next Post

May 23, 2014 NY Times: "A new role" for Cardinal Dolan in a "shifting" Catholic Church
Browse Our Archives
get the latest from
Catholic
Sign up for our newsletter
POPULAR AT PATHEOS Catholic
1