More Americans say they’d be willing to vote for an atheist as president May 21, 2014 Deacon Greg Kandra 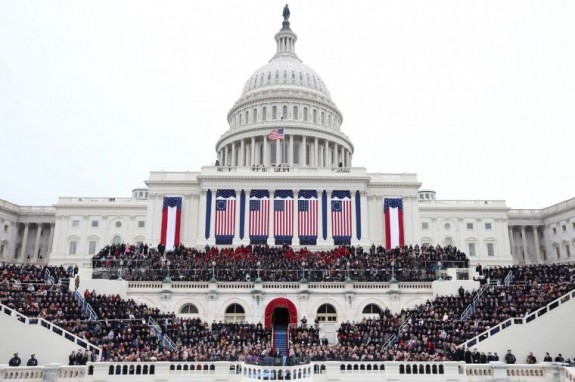 Atheists are still the most mistrusted group in the U.S., and a godless politician is still the least likely candidate to win votes in a presidential election.

But atheist leader Todd Stiefel is celebrating “a lot of hope” in the fine print of a new Pew Research survey on political leanings.

True, 53 percent of Americans said they are least likely to choose a candidate who doesn’t believe in God, according to a survey conducted in April. But in 2007, that number was 63 percent.

And those who said a candidate’s lack of belief didn’t matter to their vote rose, from 32 percent in 2007 to 41 percent today.

Only two other categories of candidates showed a sharper shift toward more favorable views: gay or lesbian candidates, and candidates over age 70.

Stiefel — still dismayed that even pot smokers or philanderers were viewed more favorably than atheists — predicted Tuesday (May 20) that the shift will be even greater as more unbelievers come out of the closet.

May 21, 2014
Pope Francis: "If we destroy Creation, Creation will destroy us!"
Next Post

May 21, 2014 Homily on the suicide of a priest: "Our God is merciful, loving, compassionate and forgiving"
Browse Our Archives
get the latest from
Catholic
Sign up for our newsletter
POPULAR AT PATHEOS Catholic
1