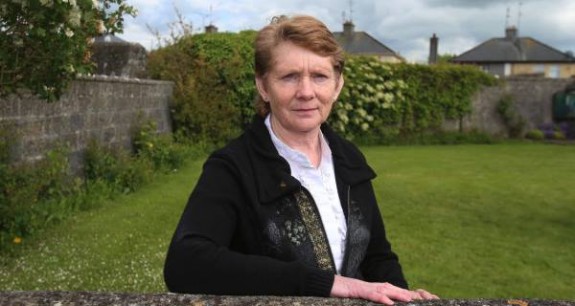 From The Irish Times:

‘I never used that word ‘dumped’,” Catherine Corless, a local historian in Co Galway, tells The Irish Times. “I never said to anyone that 800 bodies were dumped in a septic tank. That did not come from me at any point. They are not my words.”

The story that emerged from her work was reported this week in dramatic headlines around the world.

“Tell us the truth about the children dumped in Galway’s mass graves” – TheGuardian.

Corless, who lives outside Tuam, has been working for several years on records associated with the former St Mary’s mother-and-baby home in the town. Her research has revealed that 796 children, most of them infants, died between 1925 and 1961, the 36 years that the home, run by Bon Secours, existed.

Between 2011 and 2013 Corless paid €4 each time to get the children’s publicly available death certificates. She says the total cost was €3,184. “If I didn’t do it, nobody else would have done it. I had them all by last September.”

The children’s names, ages, places of birth and causes of death were recorded. The average number of deaths over the 36-year period was just over 22 a year. The information recorded on these State- issued certificates has been seen by The Irish Times; the children are marked as having died variously of tuberculosis, convulsions, measles, whooping cough, influenza, bronchitis and meningitis, among other illnesses.

The deaths of these 796 children are not in doubt. Their numbers are a stark reflection of a period in Ireland when infant mortality in general was very much higher than today, particularly in institutions, where infection spread rapidly. At times during those 36 years the Tuam home housed more than 200 children and 100 mothers, plus those who worked there, according to records Corless has found.

What has upset, confused and dismayed her in recent days is the speculative nature of much of the reporting around the story, particularly about what happened to the children after they died. “I never used that word ‘dumped’,” she says again, with distress. “I just wanted those children to be remembered and for their names to go up on a plaque. That was why I did this project, and now it has taken [on] a life of its own.”

June 7, 2014
It's electric: the tablet has finally arrived
Next Post

June 8, 2014 So long, Springfield!
Browse Our Archives
Related posts from The Deacon's Bench