Dominican tapped to replace Cardinal Pell as Archbishop of Sydney 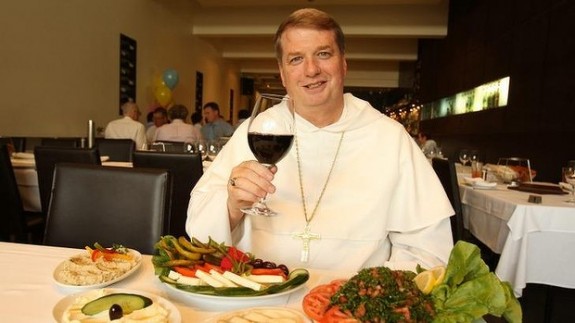 The Bishop of Parramatta, Anthony Fisher, has been appointed the ninth Archbishop of Sydney, replacing the controversial Cardinal George Pell.

The Vatican announcement comes several months after Cardinal Pell was appointed to a newly created Secretariat for the Economy in Rome, charged with cleaning up the Vatican’s finances.

Bishop Anthony immediately committed the church to “doing better” in its response to victims of sexual abuse at the hands of priests and brothers.

“Victims of abuse and all young people must come first – no excuses, no cover-ups. The Church must do better in this area and I am committed to playing a leading role in regaining the confidence of the community and of our own members,” he said.

The comments come after Cardinal Pell was widely criticised for his appearance last month at the Royal Commission into Institutional Responses to Child Sexual Abuse, where he likened the Catholic Church’s responsibility for child abuse to that of a “trucking company”. If a driver sexually assaulted a passenger they picked up along the way, he said, “I don’t think it appropriate for the leadership of that company be held responsible.”

“The Catholic Church in Australia is going through a period of public scrutiny and self-examination. I hope it will emerge from this purified, humbler, more compassionate and spiritually regenerated,” he said.

The Archbishop-elect was born in Crows Nest and attended Catholic schools at Lakemba, Lane Cove, Ryde and Riverview. He studied history and law at the University of Sydney and practised in a city law firm before entering the Dominican Order.

He was ordained a priest in 1991 and completed a doctorate in bioethics at Oxford, before teaching at the Australian Catholic University.

“Growing up in the south-west and then the north of Sydney, working as a bishop in the east and then the west, I feel a deep affinity for every part of this wonderful city and a deep concern for its people,” he said.

September 18, 2014 Bishop on divorced and remarried Catholics: "We've got to do something!"
Browse Our Archives
get the latest from
Catholic
Sign up for our newsletter
POPULAR AT PATHEOS Catholic
1