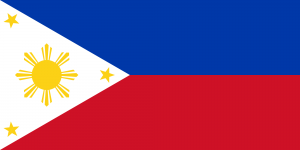 Philippine traffic officers and crowd control personnel are to wear adult diapers on the job during next week’s visit of Pope Francis.

They will spend long hours marshalling crowds expected to run into the millions, authorities said this morning.

The nappies will ensure that about a thousand of the personnel can stay at their posts without diverting for the call of nature during the papal tour, Metro Manila Development Authority official Emerson Carlos told AFP.

He said the diapers will get a trial run during the procession of the Black Nazarene, an annual parade of a wooden image of Jesus Christ which will also draw enormous crowds in the capital tomorrow.

“We will be giving them these diapers because we don’t know when the crowds may rush in,” said Carlos, the agency’s deputy general manager for operations.

The government expects millions from Asia’s biggest Catholic population to turn out for the much-admired pope, especially for an early evening mass in Manila on 18 January.

The diaper plan has attracted some ridicule in Philippine media, but Carlos was undaunted.

“It just requires a shift in outlook if it is really necessary,” he said, adding “there have been no complaints” from the traffic constables themselves.

January 8, 2015 One seminarian's journey: “I was angry with God. I told him, ‘I hate you. I don’t want to believe in you.'"
Browse Our Archives
get the latest from
Catholic
Sign up for our newsletter
POPULAR AT PATHEOS Catholic
1