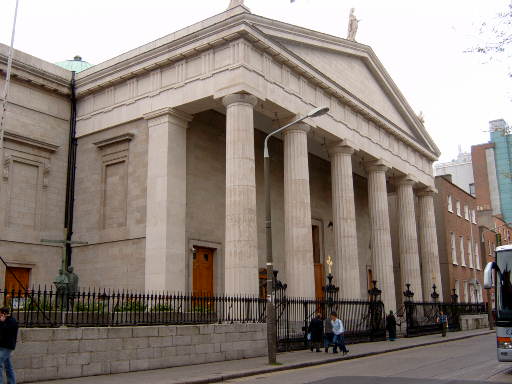 An Irish Catholic priest received a standing ovation from his congregation when he revealed he was gay and then declared his support for same-sex marriage from the pulpit, according to reports.

Father Martin Dolan, who has been a priest at the Church of St Nicholas of Myra in Francis Street, Dublin for 15 years, made the unexpected comments during mass.

The priest, who was unavailable for comment and is reported to be on holiday, urged his congregation to back same-sex marriage in the forthcoming Irish referendum.

Parishioners are understood to have applauded when Dolan announced “I’m gay myself” last Saturday.

Speaking to the Irish Sun, community youth worker Liz O’Connor said: “We are all very proud of Father Martin. Because he has admitted that he is gay he doesn’t change the person that he was before it.”

Elsewhere, it is reported the Dublin Archdiocese is declining comment until it can speak with the priest personally.

The Catholic Church in Ireland has publicly opposed the gay marriage referendum, calling it “a grave injustice”:

“To put any other view of unions on the same level as Christian marriage would be disservice to society rather than a service,” Bishop Liam MacDaid said at a news conference, according to Reuters.

“In a same sex union, children would be deprived of what a man and woman can give to children in a stable marriage.”

January 11, 2015 Pope Francis: Don't forget the Holy Spirit!
Browse Our Archives
get the latest from
Catholic
Sign up for our newsletter
POPULAR AT PATHEOS Catholic
1