What we have come to: teenager announces plans to marry her father 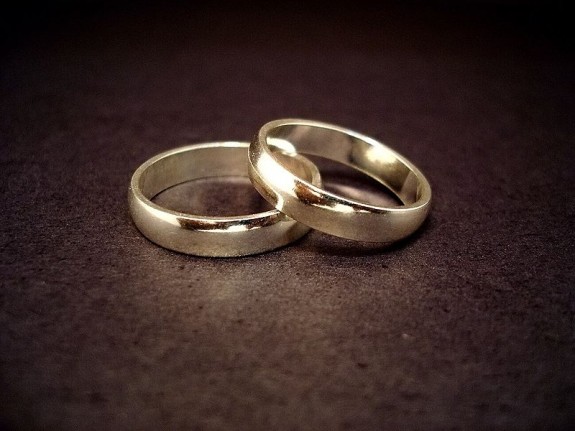 A teenager has revealed in an interview that she plans to marry her father and have children after dating for two years.

The unnamed 18-year-old revealed in an interview with New York Magazine her romantic relationship of almost two years with her biological father after being estranged from him for 12 years.

In the interview, the girl also said the two also plan on having children.

The teenager said her father reached out to her on Facebook when she was in high school and soon after, she went to stay with him for a week.

After the week together, the 18-year-old said they had sex and then started dating.

“Everyone on my mom’s side of the family sees us as father and daughter,” she told the magazine. “Those who know that he’s my dad, and that we are engaged, include my father’s parents (they can see we are happy together and they can’t wait for us to have babies — they treat us just like any other couple), the woman we live with, and my best friend.”

As for the wedding plans:

You’re engaged?
I’m planning on a full-on wedding but it won’t be legally registered. And personally, I don’t believe you need a piece of paper to prove that you want to be with the person you love. When you get married, you are signing part of yourself over to somebody. We’ll tell everybody that we got our marriage license, but they don’t have to see it. One of our friends will act as the celebrant.

Will you have a wedding? Do you have it planned?
Yes. I want it to represent our uniqueness, so we aren’t doing a white wedding. The color scheme is black and purple, and we are both going to wear Converse tennis shoes. He’s wearing jeans and a nice dress shirt. He says he’s not wearing a bow tie, but it’s my wedding and I am saying that he is. My best friend will be my maid of honor and she’ll be dressed in purple. My grandmother and grandfather — my fiancé’s parents — are going to attend and my grandpa will give me away. The tables will have bouquets of trees without leaves to represent our marriage, which will be like a growing tree. My dress will be black.

How much time do you spend together?
The only thing we do independently is go to work and school. He’s a maintenance man and I am studying cosmetology, but other than that we are together 24/7.

What’s your response to people who just can’t get their head around your relationship?
I just don’t understand why I’m judged for being happy. We are two adults who brought each other out of dark places. People need to research incest and GSA because they don’t get it and I don’t think they understand how often it happens.

The New York Magazine piece, by Alexa Tsoulis-Reay pretends to look at this phenomenon (GSA, or “Genetic Sexual Attraction”) from a scientific perspective—as if holding this relationship with a pair of tweezers and sliding it under a microscope—but the overall effect is, frankly, stomach-turning. It exists in a moral vacuum. Aside from describing the attraction and resulting relationship as “taboo,” there’s no effort to examine this from a moral or religious perspective, no questions about just why this is (and has been, for centuries, “taboo”), no indication that the girl or her father have even the slightest sense that this is fundamentally wrong—and if not, why not. And there are no outside voices, helping to put this in any context.

How long until these kinds of relationships seek to be accepted and gain legal recognition?

Photo by Jeff Belmonte from Cuiabá, Brazil via Wikipedia

January 18, 2015 The Philadelphia Story: Pope's upcoming trip "changes the whole paradigm" for tourism in the city
Browse Our Archives
Related posts from The Deacon's Bench