After being suspended for sham gay marriage, priest is reinstated

A Catholic priest suspended for ‘marrying‘ an immigrant to help him stay in the UK has been reinstated.

Father Donald Minchew was removed from his position at St Mary’s Catholic Church and as leader of Croydon Ordinariate a year ago after admitting entering into a civil partnership with Pakistani national Mustajab Hussain.

In a letter sent to parishioners last week, Monsignor Keith Newton, of the Personal Ordinariate of Our Lady of Walsingham, said he had decided to lift Father Minchew’s suspension “after much prayer and discussion”.

Mgr Newton declined to be interviewed when contacted by the Advertiser but, in a short statement, said he had taken the decision after receiving assurances from the authorities that they “do not want to take it further”.

He added that the civil partnership between Fr Minchew, a father-of-four, and Mr Hussain had been dissolved. The Home Office has yet to comment.

The pair entered into the arrangement when Fr Minchew was a Church of England vicar at Parish Church of Saint Michael and All Angels, in Poplar Walk, in 2008 – four years before he was ordained as a Catholic priest.

Fr Minchew told the Mail on Sunday, which exposed the arrangement, that he and Mr Hussain were old friends and that their fathers had served together during the Second World War. 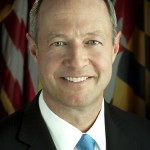 March 22, 2015
Martin O'Malley on being Catholic and supporting gay marriage
Next Post

March 23, 2015 Diocese of Worcester mourns permanent deacon who became a priest
Browse Our Archives
Related posts from The Deacon's Bench